How women are making their mark in finance

Sixty years ago, the closest most women could hope to come to making a name for themselves in finance was to win praise for their secretarial or administrative skills. The only exceptions were women who had been born into money and managed to leverage it to their advantage, but even they faced significant disadvantages, not least because men in the sector didn’t really take them seriously. Today women still account for only 15% of senior industry professionals, but 46% of employees are female, and women are gradually winning real respect and influence – as well as changing the way the industry works. 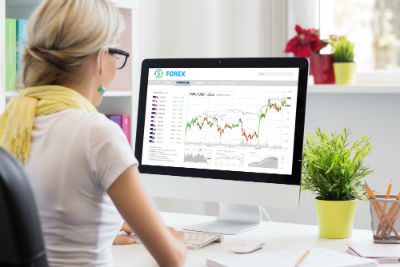 One of the big difficulties for women in finance used to be education. Again, if you go back 60 years you’ll find that many leading universities didn’t even admit women, and as that began to change it remained difficult for female applicants to finance-related courses to get taken seriously, while many were put off by the idea of being in almost all-male classes. It’s really only in the past two decades that this has changed significantly, so we’re now seeing the first generation of women who have had equal access to the best educational opportunities moving into the job market and working their way up the career ladder of finance companies.

One of the biggest employers of women in the sector yet one of the most difficult for them to attain senior positions in is banking. Nevertheless, there are a few women who have defied the odds and risen to the very top. Lady Barbara Judge was an early success story when she became a regional executive director of Samuel Montagu & Co. in Hong Kong, and she went on to become the senior vice president of New York’s Bankers Trust. Now she is devoted to helping other women trying to carve out business and finance careers. As more women break through into leadership roles in the sector, it seems only a matter of time until they are more widely represented at the top levels.

There are dozens of different popular theories out there about the supposed differences between men and women’s brains, and science has proven almost all of them wrong. One of the very few areas where we know there’s a real difference is this: a higher testosterone level makes people more impulsive. When it comes to investment, that puts men at a distinct disadvantage – but it’s only in the last few years, as significant numbers of women have started using their money this way, that we’ve been able to see this play out in practice. Now we can see that on average women are more successful at growing their investments over the long term – something which employers are beginning to take an interest in and which is shifting the distribution of money – and thereby the balance of opportunity – all by itself.

Another area which has been challenging for women but where things are starting to change is fintech. Around the world, the number of female-led firms developing products in this area has grown rapidly over the past few years, and investors are beginning to take an increasing interest in them. Partly because technology has traditionally been designed by men for men, women are well placed to identify under-served market niches, which means that their initiatives now have an advantage in terms of growth potential.

Getting to the top

The presence of other women is one of the major factors that encourage women to stay in their finance sector jobs, along with interesting work and supportive bosses. This latter factor is particularly important in helping women to climb up the career ladder and make the most of their talents. With employers increasingly recognizing that determination to overcome traditional obstacles means that women are frequently more productive than their male counterparts, there’s a lot of interest in creating opportunities for them to move into senior roles in companies that can benefit from that drive.

Does the presence of women at the top change the way that finance companies operate? Increasingly, research suggests that it does. Unlike men, who routinely report that their prime reason for working in the sector is the boost it gives to their personal finances, women say that they’re interested in making a difference, both in terms of helping individuals to improve their lives and helping businesses that they feel are bringing about positive changes in the world. At a time when three quarters of Americans are struggling to save money, they’re helping to build a system that can succeed at a corporate level while supporting ordinary people – and that, in turn, is helping to repair the reputation of an industry that has struggled to win public support since the crash of 2008.

Despite the challenges, women are gradually breaking down barriers in finance and reshaping it as they do so – something that, as we move into the future, could have benefits for everyone.