How to rebuild RAID 0 without losing data 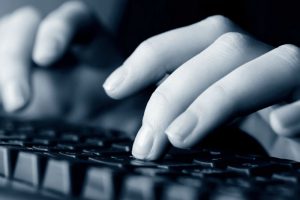 RAID takes the first place for data storing technology when you need high performance and reliability. It seems like having all facilities in a box such as large storage, fault-tolerance, parity check, and high speed.

RAID rebuilding is required when one or multiple hard drives of the RAID arrays fail. The rebuilding method is not the same as a regular hard drive recovery. You have to restructure the RAID array as well as recover the stored data safely.

Rebuilding RAID 0 without losing data is a challenging task because it lacks fault-tolerance. This RAID is sensitive and has a high risk of losing entire data in case of a drive failure.

However, you can rebuild it and recover all data if member disks still move.

In this article, you will learn how to rebuild RAID 0 without losing data step by step. Let’s go through the RAID 0 data recovery guide.

RAID level 0 also called “Striped Disk” is a common form of “Redundant Array of Independent Disks”. Except for using one hard drive, data is diffused in two or more hard drives in RAID 0. In such a case, both drives are allowed to get in the retained data.

This RAID level is well-known for having the maximum data reading and writing speed. This is why RAID 0 is broadly used for high-performance tasks like video editing, live streaming, photo editing, high-end gaming, and more.

However, RAID 0 is not advised for critical data.

How does RAID 0 work?

The working mechanism of RAID 0 is straightforward than other RAID levels.

When we write any data, it split it into blocks and distributes them throughout at least two storing devices [two hard drives]. Since data is kept in several drives, both drives can reach the file. As a result, the array pattern makes reading and writing speed faster.

RAID 0 allows no redundancy, which means if a drive crash; all data will be lost forever. So, RAID 0 can be used as a performance booster, not as data backup.

RAID 0 : The good and bad side

Like all other RAID levels, RAID 0 has some advantages and disadvantages as well.

RAID 0 is widely used and popular due to its performance. It does not require parity calculation. This is why it can read and write data quite fast. Besides, you need two disks only to set up RAID 0 which is very simple to implement at a low cost.

The downside of RAID 0 is the lack of fault-tolerance. The risk of losing data is higher than the other RAID levels. If any drive crashes by chance, you may lose all data of the array because RAID 0 is non-redundant.

Why does RAID 0 get damaged?

You need to have extra precautions for RAID 0. It is because the whole array will break down due to a single disk failure. The best way to deal with such an issue is to understand the reasons behind RAID 0 failure. Let’s learn about the common reasons behind crashing RAID 0.

This crucial chip connects the OS and physical drives in a RAID. The device usually gets damaged because of overvoltage. If it becomes impaired anyhow, the entire RAID will collapse.

The RAID 0 will crash if member drives destroy. It may happen for several reasons such as corrupt firmware or some logical issues.

Virus and malware attack is prevalent reasons behind hard drive damages, no matter it’s single storage or a RAID array. They are a big hazard for losing important data.

A small cluster on drive space, also known as the hard drive bad sector, prevents fluent data reading and writing. This issue is common in both HDD and SSD. Bad sectors typically appear due to physical damage and manufacturing error.

You cannot use the RAID 0 if the RAID group partition is corrupted. In that case, the array will need rebuilding.

How to rebuild RAID 0 without losing data

Since we already know about the reasons behind RAID 0 failures, it would be easier to recover the data from damaged RAID 0. We can split RAID collapses into two parts.

Two of these issues need to be fixed in individual ways.

In the case of RAID 0, restoring data from failed member disks is impossible because the arrays are non-redundant.

But, if the member drives’ operation is okay, data can be rebuild despite controller collapse, operating errors, or software issues.

We are going to share the step by step procedures of rebuilding and recovering data from RAID 0.

Step 1: “ReclaiMe” is a free RAID recovery tool you can use. Go to the search engine and search the name to have the download link. Install after downloading.

Step 2: Open the tool to check member disks. However, you can create disk image files by clicking the “Disk” button if needed.

Step 4: ReclaiMe will start scanning. This process may take a long while in a few cases.

Step 5: After the scan, the tool will detect RAID 0 configuration parameters. You will have three free options as following.

Step 6: We selected “Run ReclaiMe to recover data” among them. But, you need to install the data restoration software by ReclaiMe. This software is also free to use. We already had the software installed on our PC already.

So, after clicking the option, a rescuing mode opens and the partitions on the RAID group become visible.

Rebuilding data from RAID 0 is easier if the component disks are alive. You can use even free tools for restoring data at home. However, if it seems too complex, you should meet a professional.