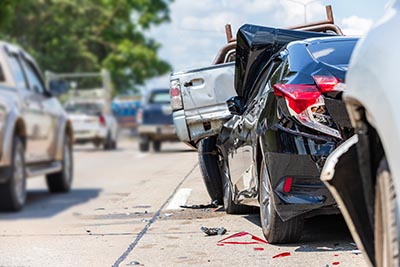 Losing a loved one is a very unfortunate event.

But even more unfortunate if the person was lost to a car accident.

I know in the days or weeks that follow the passing of your loved one, you may not be interested in filing a claim or entering any legal tussle with the offender because you’re still grieving.

However, you may want to rethink your decision to let the offender go scot-free.

Remember, the least you can do to honor the memory of the deceased is to make sure the offender pays the price for their carelessness.

In that light, here is how you or other members of the family can claim financial compensation for your loss.

You can claim financial compensation if the offending driver is at fault or the deceased is partly at fault.

Whether the person who died was a driver, passenger, pedestrian, cyclist, a motorbike rider, or pillion passenger, you can make a claim for compensation if you can show that the accident was a result of the other driver’s fault.

However, if the deceased was partly at fault in the event leading to the accident, you may still be able to make a claim, only that the compensation you’ll receive will reduce.

The deceased can be considered to be partly at fault if they’re found guilty of any or some of the following offenses:

There is a special case for claims involving children – kids below 16 years old – and that is that even if the kid was the cause of the accident, the driver or owner of the vehicle will still pay for any funeral or cremation expenses associated with the death.

However, if the kid wasn’t at fault or was only partly at fault, you may be able to make a claim for other compensations.

A blameless accident is a type of accident in which there is no one to blame. Both the driver and victim were just a victim of circumstances.

But even in this type of accident, you can still make a claim for compensation.

Examples of blameless accidents may include:

Help with your claim

Making a claim for compensation is not as easy as asking the offending driver to pay some certain amount into your bank account. There are certain procedures to follow, many of which are best handled by a solicitor or a car accident attorney.

Thanks to their special understanding of situations like this, an attorney can help you work out who should be named in the claim form, who should receive compensation, and what that compensation should be.

Typically, financial compensation for a loved one killed by a motor vehicle can cover all or some of the following expenses:

How to make a claim

Your claim will be against the owner or driver of the vehicle, which caused the accident and is handled by the Compulsory Third Party (CTP) insurer of that vehicle.

To claim you must:

If you do not know the registration number of the vehicle that caused the accident, you can find this out by asking the Police, talking to witnesses, or placing an advertisement in newspapers asking witnesses to contact you.