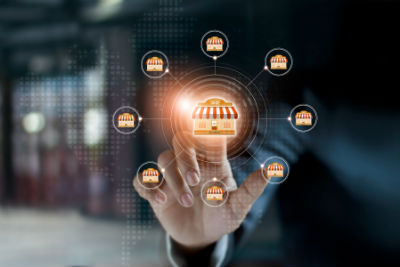 Understanding how sales tax works when a company is doing business in multiple jurisdictions can be a complex proposition. The concept of sales tax nexus, or determining how much tax a company must collect and where it must be remitted, has evolved a great deal in recent years thanks to landmark Supreme Court decisions.

TaxConnex explains how these laws work and names the steps that companies need to take to ensure that they are in full compliance with local and state regulations.

When a company makes a sale in an area where it does not have a physical presence, its representatives must check the state and local laws to make sure they are collecting the proper amount of sales tax and remitting it to the right agency. A patchwork of state and local sales tax laws covers the country, and most companies need expert assistance to find out how much tax they owe and to whom.

Economic nexus is determined by a variety of factors that differ between states and jurisdictions. Some states have enacted “click-through” nexus on online sales, meaning that an in-state referral to an out-of-state company entailed the payment of sales tax. Other states like Massachusetts enacted a “cookie nexus” law, where a company needs to pay sales tax if it places an internet tracking cookie on their website.

Before the mid-1990s, sales tax nexus was generally determined purely by physical presence. A Supreme Court decision handed down in 1992 stated that if a company did not have a physical presence in the state or local area, they were not subject to collecting and remitting sales tax.

The shift of the retail economy toward e-commerce signaled a major shift in the way companies would need to calculate their sales tax obligations. States and local jurisdictions became disgruntled because they felt they were missing out on vital revenue streams. Businesses were wary of added regulations and of the burden of calculating these taxes.

The Landmark Wayfair Decision of 2018

The state of South Dakota challenged Wayfair, a home furnishings store domiciled in Massachusetts, for a share of its sales tax collection. South Dakota claimed that it was losing up to $58 million in annual sales tax revenue to Wayfair. The Supreme Court decided that online retailers like Wayfair are responsible for collecting and remitting sales tax if they deliver more than $100,000 worth of merchandise to the state even if they have no physical presence. The South Dakota legislation also requires that a company that engages in at least 200 transactions involving the delivery of goods and services pays the tax.

The penalties involved in not collecting and remitting sales tax can be prohibitively high. For this reason, most businesses making online and in-person transactions are interested in complying fully with all relevant laws.

In order to calculate their sales tax nexus, a company must first determine whether they have a physical presence in the buyer’s state. If they do, the full amount of sales tax is owed. If they do not, they must check the level of economic nexus that must be achieved in order for sales tax collection to take place.

These laws vary a great deal by state, and county and local sales taxes in some parts of the country further muddy the waters. Some sales tax laws like the “cookie nexus” are challenging to enforce, though nearly all retail websites use them today.

Some states are origin-based while others are destination-based. Origin-based sales tax states charge the amount of tax that is effective at their own place of business.

Destination-based sales taxes are more difficult to calculate. If a company has a nexus in one of these states, they must calculate the effective tax rates in their buyers’ jurisdiction and collect and remit this tax.

Some states charge different sales taxes within their home state and outside the state as a “remote seller.”

Penalties for Failing to Make Payments

When a business does not collect and remit the correct amount of sales tax, it may be subject to paying interest as well as incurring severe penalties. Owners or officers of the company could also be personally liable for prosecution under the law.

Businesses may find tax nexus to be intimidating and overly complicated. The penalties for failing to meet nexus requirements may be high. Having a qualified consultant on hand to calculate its tax nexus can help a company comply with the law and protect its assets.