How the business of sports has evolved 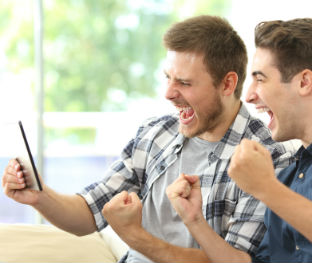 Over the years, sports have changed drastically. During the early 1900s, professional sports were barely even an industry. The pay was minimal and many players had second jobs to help them pay the bills. Now, sports are among the most powerful business fields in the world. What has contributed to the evolution of sports during this time? There are a few important factors to note.

In addition, there has been significant growth when it comes to viewership. One of the reasons why has been the growth of television and the internet. These advances have allowed people to watch these games from almost anywhere. As a result, everyone can be a part of the action. As technology has progressed, professional sports leagues have done a fantastic job marketing themselves. The TV contracts for these sports leagues can be in the billions of dollars. Millions of people tune in to watch their favorite athletes play on a regular basis.

Speaking of marketing, the professional sports leagues have done a fantastic job of marketing the players. They know that people come to the events to watch some of the greatest athletes in the world compete. They get the images of these athletes plastered everywhere ranging from TV commercials to billboards and even the internet. These players also have social media accounts, allowing fans to interact with them like never before. The end result is a greater awareness of professional sports in the minds of the public. This makes it easier to market the sports themselves and drives up revenue.

Finally, the advances in the equipment are also important. Now, there are flashy lights such as an LED display that triggers an awe factor. The stadiums are huge. The seats are comfortable. Even the equipment that is used by the players has changed. Sports teams are always willing to invest in the latest technology available. This has contributed to the evolution fo the various sporting events and has changed the way these leagues are perceived in the minds of the public.

These are only a few of the many ways that sports have evolved as a business. As the years continue to roll on and technology continues to advance, sports are going to be a major part of society as a whole. It will be interesting to see what other changes take place in the world of professional sports. The only thing that is certain is that they will continue to be popular.