How is property divided in a divorce in Utah? 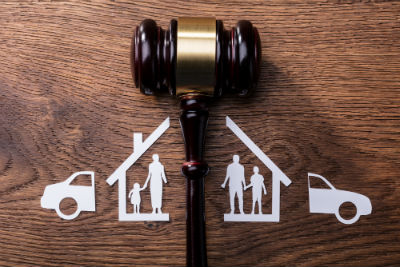 When a couple in love decides to get married, they are more interested in picking out china patterns and honeymoon destinations than they are in making prenuptial agreements. However, things don’t always work out as planned, and if you ever have to get divorced, it’s a good idea to know who is entitled to the china and all of the other things that you acquired during the marriage.

Deciding What Property is Separate

If you inherited money during your marriage, your soon to be ex has no right to any portion of that money unless you decide to put it into a joint bank account with them. Gifts that one spouse was given by a friend or family member, will be considered that individual’s separate property.

Utah is an equitable property state when it comes to a divorce. This means that the property you acquired during the marriage is not the only thing that is considered community property. Equitable just means fair. A judge may think one partner should get a greater portion of the couple’s common assets if that partner’s life circumstances demand it.

For example; if most of a couple’s assets are invested in their home and they have children, the primary parent may be awarded the home. If one person relies on a certain vehicle for work, that person may be awarded the car or the money received if it is sold.

What is marital property?

If you own a small apartment in another state because your spouse travels for work and needs a place to stay when they are out of town, a judge may award them that property.

As marriage is largely an economic arrangement, a judge will consider the earning potential of each partner. They will look at such things as educational background and work history. If one partner has far less earning potential than the other partner, the partner with less potential may receive spousal support.

Depending on the judge, alimony may be required as part of the equitable division of property. A judge will often require the wealthier partner in a divorce to pay spousal support money, so the less wealthy party can continue to live in the same manner that they were during the marriage.

If two people were married for a short period of time, alimony is unlikely to be awarded. The state normally requires one year of support to be paid for every three years of marriage.

If one partner was unfaithful, they may have to pay more support or receive less money than they normally would.

There are some cases in which one spouse may have helped their partner earn money. If a husband put his wife through medical school or if a woman bought her wife a cafe to run, the partner who put up the money may be entitled to more than 50% of the marital assets.

Before you try to predict what a judge will think is fair, you should try speaking with an experienced divorce attorney. A trained divorce lawyer will have the know-how to get you a deal that is truly equitable and that will let you move on with your life.