How is CBD oil made? 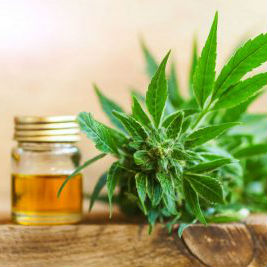 Sometimes, it probably seems as though CBD oil from companies like VSAVI became the world’s most popular supplement overnight. That’s what happens when a new product truly reaches critical mass. All at once, people everywhere start trying it and telling their friends about it – and before you know it, seemingly every type of retailer has it.

Considering the fact that you can find CBD products at Whole Foods, Vitamin Shoppe, GNC and even your local gas stations, it’s easy to get the impression that CBD oil is easy to make and abundant in supply. The truth, though, is that CBD’s journey from the field to the bottle is a fairly long and costly one. In fact, part of the reason why CBD oil costs as much as it does is because there aren’t enough hemp processors in the United States to extract CBD from all of the hemp that’s being grown.

So, how is CBD oil made, and why does it cost so much? Let’s learn more about how CBD products get to your local stores.

How CBD Hemp Is Grown

CBD hemp isn’t like other cash crops. It’s difficult to harvest via mechanized means. Processors generally only want the CBD-rich flowers, which need to be trimmed by hand. Before the farmer can get to that point, though, growing a crop of CBD hemp is an arduous process. It begins with the seeds; hemp seeds guaranteed to produce plants that are rich in CBD – while remaining below the legal THC limit – typically cost at least $1.00 each.

CBD hemp also requires extensive manual labor during cultivation. Some farmers plant the seeds directly, and others plant seedlings purchased from specialists in hemp genetics. The seedlings can be very expensive, but the seedlings are typically cloned from female plants. That’s important because only female plants produce the CBD-rich flowers that hemp processors want. A single male plant can fertilize an entire field of hemp plants, robbing them of their CBD content and rendering the crop worthless.

Why do so many farmers grow CBD hemp when doing so is such hard work? It’s because the crop is potentially extremely valuable. Corn and soybeans, for example, generate revenue of less than $400 per acre. A CBD hemp field, on the other hand, can potentially generate $50,000 per acre – but as you can imagine considering the many variables cited above, growing CBD hemp is an enormous risk.

How CBD Hemp Is Extracted

To extract CBD from hemp flowers, you need to expose the flowers to a solvent. The two most common solvents are ethanol – which needs to be boiled out of the hemp distillate before it can be used to make products – and carbon dioxide, which leaves no residue in the distillate. CO2 extraction machines are considerably more expensive than ethanol extraction equipment – a single low-capacity machine can cost more than $100,000 – and can’t process the same volume of hemp that ethanol-based equipment can. CO2 extraction is what most consumers demand, though, because they don’t want residual solvents in their CBD oil.

Pure hemp distillate isn’t a finished product that’s ready for consumer use; it’s just a raw ingredient. Hemp distillate is oil soluble. It’s possible to make a usable CBD oil simply by mixing the hemp distillate with liquid oil until the desired CBD strength is achieved. The resulting CBD oil will smell like hemp, though, and it’ll taste bitter. That’s not what most consumers want.

Raw hemp extract doesn’t just contain CBD; it also contains trace levels of other cannabinoids along with terpenes, plant waxes and chlorophyll. The plant matter and chlorophyll, in particular, contribute to a bitter taste that some find off-putting. So, hemp processors typically put the hemp extract through additional purification steps to strip the extract of its undesirable compounds, sometimes going so far as to reduce the extract to nothing but pure CBD powder.

Hemp processors usually winterize hemp extract to strip it of undesirable flavors. That’s done by mixing the extract with pure alcohol and then freezing the mixture. The plant matter clumps together and can then be filtered out. Boiling the mixture evaporates the alcohol, which is collected and used again.

It’s also possible to separate the terpenes and minor cannabinoids from hemp extract by taking advantage of those compounds’ different boiling points through fractional distillation. Full fractional distillation results in an oil containing no cannabinoids except CBD. Hemp producers can then isolate the CBD in powder form by mixing the oil with a non-polar solvent such as hexane.

Making a bottle of CBD oil simply requires mixing the hemp extract with a carrier oil – MCT oil is popular – until the desired CBD concentration is achieved. Some CBD oils also contain added terpenes and flavors.

As you now understand, there are many steps – and many variables – involved in getting CBD oil from the field to the bottle. Consumers want to know exactly what they’re getting when they buy CBD oil, because they know that variables in growing, extracting or processing the hemp can result in a product that contains residual heavy metals, herbicides, pesticides or solvents. Consumers also want to know that a bottle of CBD oil actually contains the amount of CBD specified on the label. The final step in creating a bottle of CBD oil that’s ready for use, then, is sending a sample of the product batch to a third-party lab for testing. Lab tests reveal exactly what’s in CBD oil, and those tests protect CBD consumers and brands alike.