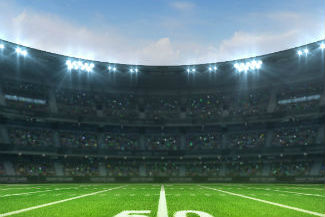 In April 1997, Jack Kent Cooke, the owner of Washington Football Team, passed away. In his will, he directed that most of his estate will go a college scholarship foundation bearing his name. In May 1999, the Washington Football Team and the Jack Kent Cooke Stadium were sold in a blind auction to an investment group led by Daniel Snyder. Here is a look back to the events that led to that historic sale.

Before the bidding had officially started, the first offer for the Washington Football Team franchise came in August 1998 from New York real estate investor Andrew Penson. He offered $450 million, which would have been the record highest price paid for any NFL team. The offer was backed by Lehman Brothers. This amount would turn out to be almost half of the final winning bid.

Daniel Snyder had dropped out of the University of Maryland at age 20 to focus on his entrepreneurial ambitions. He had started a business to lease jets to fly college students to spring break destinations. The business was run from his parents’ bedroom, with only one friend and a couple of phone lines. It was reported to have made sales of over $1 million.

Snyder convinced real estate entrepreneur Mortimer Zuckerman, owner of US News and World Report, to publish a magazine for college students by the name of College USA. After investing $3 million in the venture, Zuckerman did not see enough return on his investment and decided to close the business. However, he was extremely impressed with Snyder’s persistence and charm. This impression formed a bond between Snyder and Zuckerman that would play an important role in the purchase of the Washington Football Team many years later.

In 1988, Dan Snyder co-founded Snyder Communications with his sister Michelle. Mortimer Zuckerman was an investor in this venture. The company specialized in a variety of outsourced marketing services such as database marketing, direct marketing, call centers, field sales, and more. The company grew to $333 million by 1997 and Snyder became the youngest person to lead a company listed on the New York Stock Exchange.

Dan Snyder’s name popped up for the first time as a potential buyer of Washington Football Team when The Washington Post reported: “Bethesda Man to Make Bid for Redskins”. Once the bidding officially started, the competition was stiff. The son of Jack Kent Cooke was the serving Washington Football Team president after his father’s death. He was determined to keep the Washington Football Team franchise within his family. There were other prominent bidders including New Jersey Devils owner John McMullen, Arizona hotelier Sam Grossman, Baltimore Orioles owner Peter Angelos and many more. The deal was expected to be around $500 million.

Just days before the final bids were due, Snyder formed a partnership with Milstein, who along with his brother was the majority shareholder in New York Islanders. The task of reviewing the bids was given to six trustees. Snyder and Milstein tried to make a preemptive move by offering $700 million in cash. The offer would expire a day after the rest of the bids were due. After this offer was declined, Snyder and Milstein signed an agreement to buy the Washington Football Team for $800 million.

The sale had to be approved by the NFL, who was extremely critical of the offer made by Snyder and Milstein. They even hired a private investigator to do a background check on Snyder and Milstein. It was no secret that the NFL wanted the Washington Football Team to remain with the Cooke family. The NFL even made several financial concessions for Jack Kent Cooke to be able to purchase the franchise, however, the deal didn’t go through. The NFL Commissioner agreed to Snyder and Milstein’s request to delay the vote on the purchase.

Most of the bid by Snyder and Milstein was based on loans. This was a concerning factor for the NFL. More than $400 million of the offer was based on loans including a $155 million debt assumed on the stadium. They were also reports that the NFL thought Milstein was too litigious. Snyder and Milstein withdrew their offer when it was clear that they didn’t have enough support from the NFL. However, Snyder was determined to make another bid. He approached his family members and other investors such as Mortimer Zuckerman and Fred Drasner to back his $800 million bid. Many of other heavyweight bidders increased their bids to match the offer made by Snyder. Cooke left the bidding race after he could not offer more than $720 million. Grossman also withdrew his offer shortly after Cooke left.