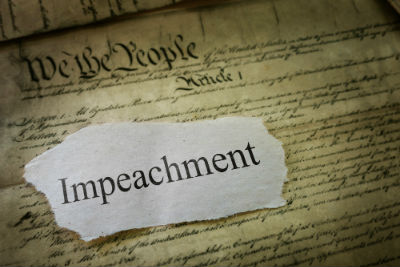 The House voted 232-197 Wednesday to impeach President Donald Trump for the second time in a year, making Trump the first U.S. president to be impeached twice.

The vote was the most bipartisan impeachment vote in political history, with 10 Republicans joining 222 Democrats voting to send articles of impeachment to the United States Senate.

“This bipartisan vote reaffirms that security of our democracy is our first priority,” Third District Democrat Bobby Scott said in a statement. “I hope the Senate will convict/remove Donald Trump and we can move forward from this dark chapter. I look forward to working with the incoming Biden administration to begin healing our country.”

“President Trump is responsible for the insurrection that occurred at our Capitol last week and our county can’t begin to heal until those who are responsible for the attack on our democracy are held accountable,” Second District Democrat Elaine Luria said. “I swore an oath to protect and defend the Constitution, and today I fulfilled that solemn obligation. History will look back on this moment to see who stood strong in support of American democracy.”

The vote came a week to the day after an insurrection of pro-Trump loyalists as Congress was set to certify the results of the 2020 presidential election.

Four people died, including a U.S. Capitol Police officer, as the mob breached the Capitol and roamed the corridors, with members of Congress locked down in safe rooms for several hours.

The attack came hours after Trump spoke at an event not far from the Capitol in which he urged supporters to let their voices be heard with respect to the election, which he maintained for weeks had been rigged in favor of Democrat Joe Biden.

“The president’s incitement of an insurrection is an impeachable offense, and in recent days, we have seen principled Republicans join the effort to uphold our oaths to the constitution and protect our democratic republic. This vote represents a united response to a disgusting act of brutality and sedition,” Seventh District Democrat Abigail Spanberger said.

“Today is a solemn moment in our nation’s history. In the coming weeks, I look forward to welcoming an administration that will bring hope to our citizens, renew our sense of purpose, focus on the shared priorities of the American people amid the continued COVID-19 crisis, and ensure that those responsible for sedition are brought to justice.”

“Donald Trump is a clear and present danger to the United States, and a menace to the Constitution,” Eighth District Democrat Don Beyer said. “The events of the past week, my conscience, my oath of office, and my duty to the people of Northern Virginia allow no other course than to vote for his impeachment. I urge the Senate to remove him from office as swiftly as possible.”

It would take a two-thirds vote of the Senate to remove Trump from office, which would require at least 17 Republicans to cross party lines.

The countdown is on: Biden is set to be inaugurated a week from today, on Jan. 20.

“With the House choosing to impeach this president for his role in inciting the insurrection we saw last Wednesday, it’ll be incumbent upon the Senate to take action and see through a fair and prompt trial, regardless of the number of days left in the president’s office,” Sen, Mark Warner said in a statement.