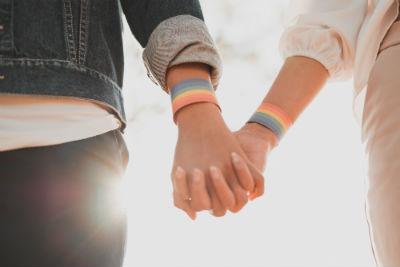 Congresswoman Elaine Luria has announced her support of H.R. 3582, which would require the Advisory Committee on Minority Veterans (CMV) to include LGBT individuals in their efforts to advise the Secretary of Veterans Affairs on the administration of VA benefits for veterans who are minority group members.

The CMV began operations during the “Don’t Ask, Don’t Tell” era, and its definition of “minority group member” did not include LGBT veterans.

“Diversity is the strength of our Armed Services, and we must ensure that all veterans have access to the benefits they earned from their service,” said Luria (D-VA-02). “The CMV works to ensure equality by developing and improving VA programs specific to minorities, conducting targeted outreach to minorities regarding benefits, and addressing of the unique challenges of minority veterans.”

In Congress, Luria has been a champion for equality. Last year, she cosponsored and voted to pass the historic Equality Act.

This bipartisan bill will amend existing civil rights law to include sexual orientation and gender identity as protected characteristics.