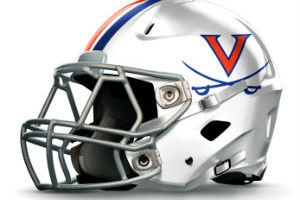 The Bengals couldn’t get much going on the ground against the G-Men, running for 26 yards on 15 carries.

Ellis gained 52 yards on 15 carries and hauled in five catches for the Cincinnati Bengals in a 23-13 preseason win over the Washington Redskins last week.

Andrew Brown, a 2018 UVA alum, had two tackles for the Bengals.

***
Olamide Zaccheaus played several roles for Atlanta in a 19-7 loss to the Washington Redskins Thursday night.

The 2019 UVA alum had two catches for 19 yards, returned a punt, with no gain on the return, and also had a special-teams tackle.

***
Three defensive ‘Hoos were busy in Baltimore’s 26-15 win over Philadelphia.

Maurice Canady (2016) had four tackles for the Ravens defense.