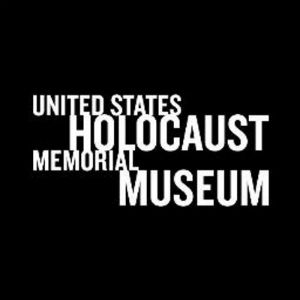 The United States Holocaust Memorial Museum unveiled on Wednesday its updated Early Warning Project. Developed by the Museum’s Simon-Skjodt Center for the Prevention of Genocide and Dartmouth College, the Early Warning Project is a first-of-its-kind prevention tool that utilizes data analysis, crowd forecasting, and qualitative assessments to help policy makers identify countries at risk of atrocities to prioritize responses that could prevent such crimes. The tool focuses on atrocities against new victim groups; it does not forecast violence for ongoing atrocities.

“Genocides are never spontaneous. They are always preceded by a range of early warning signs. If these signs are detected, their causes can be addressed, preventing the potential for catastrophic progression and the instability these crimes create,” said Jill Savitt, acting director of the U.S. Holocaust Memorial Museum’s Simon-Skjodt Center for the Prevention of Genocide. “Mass atrocities are devastating.  They also pose serious threats to US interests, particularly for national security.  By helping to pinpoint where new incidents of mass violence are most likely to erupt, we hope to provide decision makers more time and options in averting them.”

The Early Warning Project utilizes publicly available data to rank countries on the likelihood of experiencing an outbreak of mass killing by state or non-state actors. A mass killing is considered to have occurred when the deliberate actions of state- or non-state armed groups result in the deaths of at least 1,000 non-combatant civilians targeted as a specific group over a period of one year or less. The quantitative, data-based assessment is complemented by crowd forecasting tools and qualitative analysis techniques. This multimethod approach enables the project to leverage innovations in forecasting from other fields to best assess risk.

David Frey, Professor of History and the Director of the Center for Holocaust and Genocide Studies at the United States Military Academy at West Point, said, “The Early Warning Project is an extremely valuable tool. History is clear that mass violence is a process, not a sudden event. The Early Warning Project has combined knowledge of historical patterns with advanced analytic methods to build a tool that assesses risks of mass atrocities around the world. Anyone interested in helping prevent these horrific crimes should carefully consider the Project’s assessments. The refinements in data and methods, such as the inclusion of non-state perpetrators of mass killing, and the new project website demonstrate a commitment to make this work even more relevant, useful, and accessible.”

“Each year, indiscriminate killings and mass violence devastate communities around the globe and take the lives of thousands of innocent children, women, and men,” said Bridget Moix, Senior US Representative and Head of Advocacy for Peace Direct. “The Early Warning Project’s analysis helps the global community focus its attention on risks before these lives are lost. Its global assessment complements the work of local peacebuilders, who are often the ‘canary in the coal mine’ because of their unique local knowledge, understanding of the context, and trust with communities.”

Accessible at earlywarningproject.ushmm.org, the Early Warning Project is one tool available to experts in government, NGOs, academia, and others who focus on genocide prevention. It aims to foster attention and discussion around places at high risk for violence, particularly countries that may be unexpectedly susceptible, and what options are available to mitigate those risks.

“An important part of the Museum’s mission is to do for victims of genocide and mass atrocities today what was not done for the Jews of Europe in the 1930s and 40s,” continues Savitt. “Building innovative tools like the Early Warning Project, is one way the Museum helping to honor their memory.”

A living memorial to the Holocaust, the United States Holocaust Memorial Museum inspires leaders and citizens worldwide to confront hatred, prevent genocide, and promote human dignity. The Museum’s Simon-Skjodt Center for the Prevention of Genocide works to make the prevention of genocide and related crimes against humanity a national and international priority. The Museum’s far-reaching educational program and global impact are made possible by generous donors. For more information, visit ushmm.org.