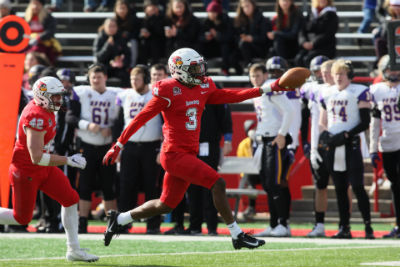 Taylor is transferring from to Tech after spending the past three seasons at Illinois State.

Taylor led the Missouri Valley Football Conference with 24 passes defended in 2019, including a league-high 19 breakups. He finished the season ranked sixth in the FCS in passes defended with 1.6 per game on his way to First Team All-Conference honors.

Taylor led ISU and tied for third in the Missouri Valley with five interceptions during his junior season in 2019 and was fifth on the team with 65 total tackles on the year. He played in 35 contests for the Redbirds, registering 80 tackles, nine INTs, 31 passes defended and one sack.