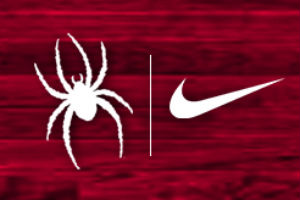 Richmond was unable to overcome a barrage of big shots by Hofstra late in the second half, falling to the Pride 76-71 on Tuesday at the Robins Center.

The 23rd-ranked Spiders (6-2) had four players score in double figures, led by Tyler Burton and Grant Golden both with 15.

Burton pulled down seven rebounds, while Golden added five assists. Blake Francis and Jacob Gilyard both chipped in 13 points, while Gilyard led UR with six assists and three steals.

“I thought at times we had pretty good ball pressure,” head coach Chris Mooney said. “But when they went to score, we weren’t quite close enough, not contesting the shots close enough.”

Hofstra (4-3), the preseason favorite in the CAA, shot 60 percent from the field, the best by any Spiders opponent since Loyola Chicago in 2018, and 10-of-20 from three-point range.

Hofstra employed a 2-3 zone, which disrupted Richmond’s offensive rhythm for much of the first half as the Spiders totaled 33 points in the opening 20 minutes and trailed by three at halftime.

Early in the second half, the Spiders seemed to have figured out the Hofstra defense. Richmond used an 8-0 to take a 41-38 lead less than five minutes into the half, and then answered an 8-0 Hofstra spurt with a 14-0 run to take its largest lead of the game at 55-46 lead on a three-pointer by Francis with 10:28 to play.

From that point on, Hofstra refused to miss, making 10 of its final 11 field-goal attempts – including five three-pointers – over the game’s final quarter.

Richmond will take a break for the holiday and return to action on Dec. 30 to open Atlantic 10 play at Davidson.

Tip-off is set for 7 p.m. and the game will be nationally televised on CBS Sports Network.