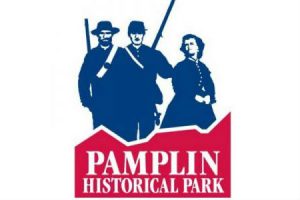 Pamplin Historical Park & The National Museum of the Civil War Soldier welcomes Ray Brown on Oct. 1 at 7 p.m. as he uncovers “Soldier Remains at Manassas and Battlefield Archaeology” at the Petersburg Civil War Roundtable.

The Battle of Second Manassas was fought on August 28-30, 1862. This fierce contest between Confederate and Union forces resulted in approximately 22,000 casualties out of a total of around 112,000 men engaged in the fight. Two of the mortally wounded Union soldiers were taken to a field hospital where they succumbed to their wounds. Afterwards, they were placed in a shallow burial pit along with amputated limbs from other soldiers injured in the battle. They would lay undisturbed until 2014 when the National Park Service discovered the pit during a utility project. A journey of exploration then began leading the NPS to partner with the Smithsonian Institution and eventually lead them to Arlington National Cemetery.

Speaker Ray Brown is the Chief of Interpretation and Cultural Resources Management at Manassas National Battlefield Park. Brown has an over 32 year career with the National Park Service which has included working at Fredericksburg, Philadelphia, Petersburg and for the past 28 years at Manassas. Author and historian Don Johnson has this to say of Brown, “Ray has a true understanding of the mission of the National Park Service as exhibited through his deep commitment to the preservation of our nation’s Battlefields. Ray is devoted to providing the public with accurate history and compelling interpretation of the gripping events that occurred on those grounds.”

The Petersburg Civil War Roundtable (PCWRT) will meet the first Thursday of each month at Pamplin Historical Park and the National Museum of the Civil War Soldier from 7-8 p.m. Annual membership is $40. Individuals who are already members of Pamplin Historical Park can become members of PCWRT for $20. Non-members can attend for $5 each meeting. Call (804) 861-2408 for more information.