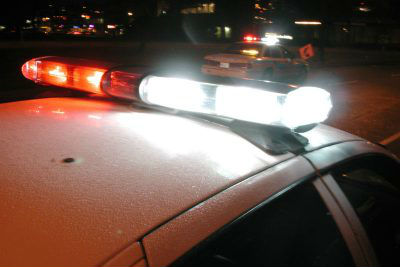 A pursuit that reached speeds approaching 130 mph winding through Shenandoah County ended with a New Castle, Del., man behind bars on multiple charges.

Marquez D. Adams, 27, was eventually apprehended after the pursuit, which began with Virginia State Police initiating a traffic stop at approximately 7:50 p.m. Sunday.

Adams, driving a 2002 BMW 330CI, was traveling south on Interstate 81 at the 286 mile marker in Shenandoah County when he was pulled over for speeding – the BMW was driving 100 mph in a posted 70 mph zone.

The pursuit continued onto Route 42 in Woodstock, Route 11 in Edinburg and in Mount Jackson, before ending back on I-81. The BMW eventually ran off the left side of the roadway causing it to collide with a State Police patrol car before being contained on the right shoulder on I-81 at the 263 mile marker.

The driver, Adams, was taken into custody and transported to RSW Regional Jail and held without bond.

No troopers were injured during the course of the pursuit.