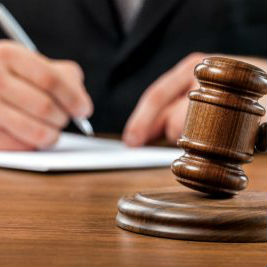 Attorney General Mark Herring has filed a brief in the U.S. Supreme Court defending the right of women across the country to access reproductive healthcare and safe, legal abortions.

“Laws like Louisiana’s are simply ideologically-driven attempts to limit women’s access to the full range of reproductive healthcare services, including abortions,” Herring said. “Overly burdensome restrictions on abortion access are not only illegal but they can also be dangerous and force women to seek out unsafe, unregulated abortions. Women deserve the right to make their own choices about their reproductive health without their government stepping in unnecessarily.”

The case involves a 2014 Louisiana law that requires abortion providers to maintain admitting privileges at local hospitals. If the law were enforced, Louisiana would be left with, at most, two physicians who could provide abortion services in the entire state, despite the fact that roughly 10,000 women obtain abortions in Louisiana each year.

Louisiana’s admitting-privileges requirement is identical to the Texas statute that was invalidated and found to be unconstitutional by the Supreme Court in Whole Woman’s Health v. Hellerstedt. The United States District Court for the Middle District of Louisiana granted a permanent injunction against the Louisiana law, but, in 2018, the Fifth Circuit reversed that decision.

June Medical Services and two physicians appealed the decision to the Supreme Court, which granted an emergency application to stay the law from taking effect pending the outcome of the appeal.

The amicus brief asserts that states have an interest in ensuring the availability of safe, medically sound abortion services and in protecting the health and safety of women seeking abortion services, as well as defending the long-recognized, substantive due process right to choose to terminate a pregnancy and the undue-burden standard that governs review of regulations implicating that right.

In the brief, the attorneys general argue that Louisiana’s law is an unnecessary and onerous burden that fails to promote women’s health and will end up further limiting the number of abortion providers available to women in Louisiana.