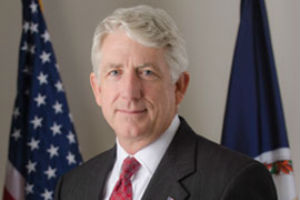 In an amicus brief supporting the plaintiffs in Gomez et al. v. Trump, Herring and his colleagues urge the Court to reverse a trial court decision that partially upheld President Trump’s proclamations that indefinitely disrupt vast portions of the country’s immigration system.

Herring and his colleagues filed a similar amicus brief asserting that the proclamations unlawfully keep families apart, harm the states, and are likely to slow the economic and societal recovery from COVID-19.

“Immigrants and other foreign-born workers play a crucial role in Virginia’s communities by adding billions of dollars to our economy every year,” Herring said. “These two executive orders are another attempt by Trump to restrict legal immigration into this country, which goes against every ideal America was built on. I will continue to join my colleagues in fighting to block the Trump administration’s illegal attacks on legal immigration.”

On April 22, President Trump issued an executive order banning from entry most legal immigrants being sponsored by U.S. citizens or legal permanent resident family members, by their employers, or who had won the diversity visa lottery. The April order was set to expire in 60 days but was renewed on June 22.

The June order also added new bans on non-immigrant workers arriving on H-1B, H-2B, J, and L visas. Absent an injunction, the June order will be in effect until Dec. 31, and may be further extended. If allowed to remain in effect, these orders will bar more than 500,000 people from entering the United States this year and prevent approximately 20,000 employers from bringing foreign employees into the United States.

Rather than taking meaningful action to slow the spread of the coronavirus, the President’s proclamations are a red herring — scapegoating immigrants and shutting down congressionally authorized immigration to the United States. By the federal government’s own estimate, the proclamations may bar at least 525,000 people from entering the United States, including parents, adult children, and siblings of U.S. citizens, as well as spouses and adult children of lawful permanent residents.

The bans harm the states by denying residents the right to unite with their families and harm our economies because immigrants and non-immigrant workers fill important roles in our schools, fields, and companies, create new jobs, start businesses, pay taxes, and purchase goods and services. Instead of helping Americans, the proclamations are based on a deeply flawed and erroneous understanding of how the economy actually works. Broader participation in the labor market spurs the creation of new jobs and bolsters spending in the United States.

In fact, a 2014 report found that the elimination of large numbers of H-1B visas — among the visas targeted by the President’s proclamations — during the Great Recession cost the United States approximately 231,224 technology jobs as a result of the lost innovation and growth the workers would have spurred.

Beyond the harms to businesses and families across the country, the proclamations also directly impact international students that our colleges and universities employ and enroll.