Here’s why your company should have a channel on YouTube 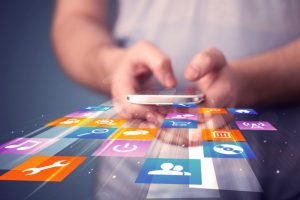 YouTube’s popularity and influence are impossible to overstate. With the possible exception of Facebook, no single social media property (if we can call it that) has had as much influence on the American discourse.

YouTube is such a powerful marketing tool for businesses and organizations precisely because it’s so influential with individual members of the buying public. For better or worse, YouTube shapes how its viewers think, feel, and behave. And it’s vital for businesses with even the most rudimentary instincts for self-preservation to leverage that influential power.

Asiaciti Trust’s YouTube channel is a great example of the persuasive, brand-building capabilities of YouTube, but there’s no “right” or “wrong” approach to crafting a presence on the world’s most popular video-sharing platform. The most important thing is that you take affirmative steps to create this presence, regardless of where you’ve done your marketing to date or who you believe your customers to be.

Not yet convinced that a YouTube channel is in your company’s best long-term interest? Perhaps these arguments will persuade you.

Your company YouTube channel offers an “unpushy” platform to announce achievements and milestones without being overly salesy or self-promotional about it. The example above shows how this is done — by publishing straightforward, unbiased videos with little commentary. Contrast that with press releases that blare about your achievements for all to hear; savvy audiences don’t take kindly to that approach.

You are probably aware to a greater or lesser extent that YouTube provides a significant source of revenue for popular publishers, known in industry parlance as “YouTubers.” What you might not know is that even YouTube publishers for whom revenue is not the primary motivation can earn decent (and sometimes great!) money from their videos.

As long as this doesn’t feel unseemly or off-brand to you, it’s worth considering. For more information about monetizing your YouTube channel and the rules you’ll need to follow to remain in good standing with YouTube’s revenue-sharing program, read this guide from Google.

Due to its prominence in Google search results, more on which below, YouTube is a fantastic referral engine. If you’ve struggled to direct meaningful amounts of traffic to your social media properties or company website, an active, engaging YouTube channel could be just what the marketing doctor ordered.

YouTube’s visibility is a wellspring of inherent credibility for your organization. That, in turn, could move the needle with influencers in your industry, who want to know that they’re endorsing serious enterprises before putting their own credibility on the line. Your YouTube channel should target and attempt to convert these influencers, turning them into “big megaphone” advocates for your brand.

Impossible as it seems, audiences’ appetite for quality content is growing faster than the supply. This is good news for YouTube publishers (and content creators everywhere) who can ramp up production to meet their followers’ demand. That ability to ramp up, in turn, creates a self-sustaining, virtuous cycle in which audiences learn to depend on prolific publishers for new insights and entertainment. Become one of those publishers and watch your marketing plan take off.

YouTube is a highly personal medium capable of forging highly personal connections. Put another way, video is a much more genuine and “human” vector than the written word, and the inherent flexibility of YouTube’s video publishing capabilities makes it superior in key ways to other video-distribution channels like Facebook and Instagram.

Personalization and human-to-human connections are just the start on YouTube. A well-curated YouTube channel is a tremendous asset for publishers cultivating reputations as sources of creative insights. This is important even if your company’s products or services aren’t built around the concept of creativity; audiences react positively when they realize that the people behind the products they know and love are creative and insightful.

Creating a YouTube channel is far from the only way to improve your company’s SEO, as you well know. But, if you’re like most publishers, you underestimate YouTube’s power to enhance your online visibility. YouTube, after all, is a Google property, which gives it a huge advantage in Google’s organic search algorithm. We’re not saying it’s a guaranteed “rank-on-the-first-page” property, because nothing is — but it’s about as close to a sure thing as you should expect.

Your YouTube channel is yours to do with what you will, as long as you play by the rules. (We know you will.) By contrast, earned media, however powerful, is not yours to control, and can often have unpredictable repercussions (or simply disappear over time). Even social media is subject to the vagaries of platforms’ algorithms. YouTube isn’t quite forever, but it’s close enough.

Finally, YouTube is a powerful marketing tool in the most mechanical sense possible: as a vast funnel for people and companies interested in learning more about your organization. If you’re not yet using YouTube to build an email list for your company’s marketing team, you aren’t maximizing the value of this ultra-popular platform. Again, the process needn’t be salesy or pushy; a simple prompt at the end of each video should do the trick.

Get to Work on Your Company YouTube Channel Today

What’s that? Your company still doesn’t have a YouTube channel?

That’s not right. But it’s no sweat off your back to change, and fast.

You’ve just read 10 persuasive arguments to get to work on your company’s very own YouTube channel today. What excuse do you have for further inaction? You’ve got a vast pool of prospective customers to impress and plenty of competition for their eyeballs. It’s time to step up your game while they’re still up for grabs.