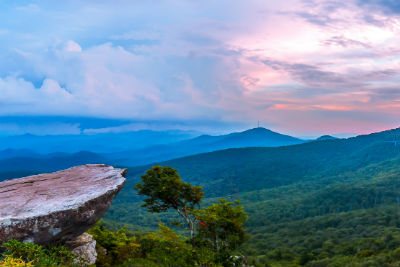 An extreme and irrational fear of heights, known as acrophobia, is one of the most common phobias and affects an estimated 3-5% of people to varying degrees. Some feel a sense of overwhelming anxiety when passing over a bridge while others are so troubled that they refuse to even entertain the prospect of being elevated. For example, they carefully plan their driving and walking routes to avoid bridges and when it comes to hotels and apartments, they absolutely insist on a ground floor (or at most, a first floor) room.

While acrophobia is always difficult and potentially debilitating, the good news is that treatments are available that can significantly reduce the symptoms, and in some cases eliminate the fear. These treatments include exposure therapy, cognitive behavioral therapy, medication, and alternative approaches.

“Many individuals have a general aversion to heights and may experience disorientation and anxiety when climbing a ladder, standing on a roof, or being a passenger in an airplane,” says Henry Vinson, a licensed pilot from Cincinnati, Ohio. “However, people with diagnosed or undiagnosed acrophobia are more than troubled or irked by heights. They are alarmed and debilitated by it. Even the thought of heights can be enough to trigger a panic attack or make them feel weak and drained. And in some extreme cases, even watching someone else on TV or in the movies climb a mountain or walk on the roof of a skyscraper is intolerable.”

Henry Vinson explains some of the therapies and tactics for overcoming a fear of heights.

As the name suggests, exposure therapy is a process in which an individual, under the guidance of his or her qualified therapist, slowly and carefully increases their exposure to heights.

Henry Vinson says that at first, this may involve looking at pictures or watching videos, after which it can upgrade to standing on a balcony for a few seconds or climbing a few rungs of a ladder. The important thing is that individuals with a fear of heights should not perform exposure therapy on themselves, because they face a high risk of doing too much, too soon.

Cognitive Behavioral Therapy (CBT), which may also include aspects of exposure therapy, involves working with a qualified therapist to identify, challenge, and ultimately re-invent negative thoughts about heights.

Henry Vinson comments that some people who have an extreme and irrational fear of heights witnessed someone fall when they were very young or they themselves may have fallen. CBT therapy can help safely bring these repressed or forgotten memories to the surface, so they can be addressed and resolved.

There are no clinically approved medications to treat acrophobia (or any other kind of phobia). However, some medications can help mitigate the symptoms of anxiety and panic, such as beta-blockers that help maintain blood pressure and heart rate, benzodiazepines that have a sedating effect, and D-cycloserine that is sometimes used on conjunction with exposure therapy.

Medications such as these should only be taken by prescription and in close consultation with one’s physician.

There are also alternative approaches that, while not clinically recognized to treat acrophobia, have generated significant positive feedback from people around the world. These approaches include, but are not limited to, hypnosis, Neuro-Linguistic Programming (which is often used with hypnosis), and yoga to promote relaxation and managing anxiety.

Henry Vinson says that people with a fear of heights should not resign themselves to a life of limitation and suffering. Help is available and, while it may not ultimately inspire them to become pilots, it can potentially make the prospect of being a passenger on a flight acceptable instead of dreadful.