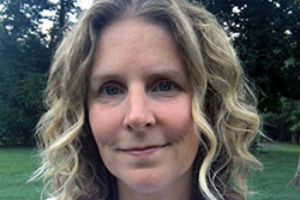 Head of Renaissance School Sara Johnson has been awarded a fellowship to the 2020 Klingenstein Heads of Schools Program at Teachers College, Columbia University in New York.

Johnson was selected from a highly competitive pool of national and international applicants, and is one of only twenty recipients of the award. The two-week program begins on Sunday, Jan. 26th.

The fellowship includes full tuition and accommodations in an Upper West Side hotel.

“We are always looking for ways to take Renaissance School to the next level,” said Johnson. “Every summer, our faculty all sit down together to listen and build on each other’s plans, methods, and suggestions. I am looking forward to that same kind of intensive, focused brainstorming with other Heads of School from around the world, and I am excited to bring strong ideas back to Renaissance School.”

In 1977, The Klingenstein Fund established the Joseph Klingenstein Fellows at Teachers College, Columbia University, the first university-based leadership training for those in the independent school field. The Fellows Program began with twelve participants and over the years Klingenstein Center offerings have grown to include five programs serving early career teachers, mid-career educators and administrators and heads of schools.

The Center currently has nearly 4000 alumni in 49 U.S. states and territories and 54 countries working in schools around the world and has been credited with contributing to the professionalization of the field.

Johnson was born in Louisville and graduated with honors from Indiana State University, where she earned her Bachelor of Fine Art degree with a double emphasis and a minor in art history. Ms. Johnson continued her studies at the University of Tennessee, Knoxville, where she earned a Master of Fine Art degree in the inaugural year of their Media program. She has been at Renaissance School since 2002, starting as Visual Arts Faculty.

Johnson presided over her tenth commencement ceremony for Renaissance School on Saturday June 1, 2019. Graduates were accepted to their first or second choice schools with an average of over $192,500 in scholarships awarded. Johnson is the College Counselor in addition to the second Head of School.

Renaissance School is Central Virginia’s college preparatory high school for high ability students in the arts, sciences, and humanities, and the 2019 Niche #1 High School for the Arts in Virginia.