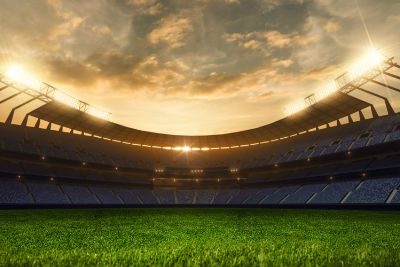 The Twenty20 International (T20I) is a top-class cricket. Teams must be members of the International Cricket Council to qualify for this competition. Each match sees two international teams facing 20 overs each.

This competition is not to be mistaken for the T20, which is considered more of a local event. In this case, teams at club and provincial level play 20 over matches. The difference is the “I,” which represents international status with the inception of T20 and T20I both impacting cricket.

T20 may be the newest format for one of the oldest sporting events, but the impact on the game is undeniable. The shorter match results in finer margins and smaller advantages. The psychological shift required for this shortened game has accelerated the strategies, tactics, and techniques throughout cricket.

To fully understand the evolution of cricket, we need to do an in-depth statistical analysis. These numerical values are the most excellent tool in defining the impact. While statistical analysis has been a part of the game since its beginning, this information has evolved with the shortened gameplay format.

The data collected differs from traditional cricket. The criteria analyzed include balling and bowling rates, the various scoring terms, as well as the strike rates. Other factors include innings, favorable matchups, boundaries, and more.

With this specific data captured in real-time, coaches convey the relevant information to the players. This allows them to focus solely on execution instead of their own analysis on the field. The team’s broader gameplay strategies are based on this data. With this information, players are also setting new records.

The T20 gameplay format has also boosted spectator interest. The Indian Premier League T20 games have seen more stadium seats filled than before. While the number of TV viewers has also grown exponentially.

With an increased spectator count, there are more people placing wagers on the game. Cricket is a sporting giant in the betting industry. Sports betting in Saudi Arabia, the UK, and Australia are growing in leaps and bounds.

After the completion of the most recent T20I, we have the current team ranking. Pakistan is the top men’s team as of March 2020, and Australia is the top women’s team.

When placing wagers on cricket, there are several popular wagering options just in the same way that there are many mobile Casinos options to choose from.  Here is a list of four of the four most popular options and a brief explanation of each.

This type of bet allows you to place a wager on which batsman will score the highest in a particular inning or match.

Most wickets require you to choose a bowler to take the highest number of wickets in a particular inning, match, or series.

This is the kind of bet most people associate with sports betting. You choose who is going to win the match.

Bet on which team captain will win the coin toss. This bet is one of luck and perfect for casual and new bettors.

While a T20 match is much shorter than the regular 50 over games, it’s more exciting to watch. There is a lot of action to cram into such a short game, leaving fans wanting more. The limited gameplay time also provides the teams with plenty of data for future game strategies.