Harvick wins at Bristol: Field of 12 is locked for the next round of the NASCAR Playoffs 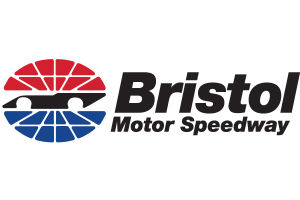 Harvick, a lock for the next round of the playoffs, picked up his ninth win of the season, the 58th of his career and was all smiles as he crossed the start/finish line at The Last Great Colosseum.

Simply put, the Stewart-Haas driver put the hammer down and rolled his way into the second round of the playoffs by holding off a winless Kyle Busch and denied the reigning Cup Series champion his first win of the season when he took the lead a little more than 100 laps from the finish.

Harvick fought off and then held off every challenge from Busch while “Rowdy” fought with fury to catch Harvick as the two champions weaved to the high side and low side through lap traffic.

Six cars finished on the lead lap at The World’s Fastest Half Mile, bringing out only five cautions on the night and not the big wrecks Bristol is known for.

It was a big night for Harvick but also for the fans.  Track officials sold all 30,000 tickets allowed and making Bristol one of two of the largest sporting events since the pandemic.  Harvick was quick to point out following the race that he was glad to have the fans back and to “finally get them out of the house” with many spectators crowding the fence as Harvick celebrated his second win of the playoffs.

“Bristol, baby!” Harvick shouted, arms raised to the crowd. “I was so jacked up when we started this race because of you guys…”  Harvick added that “to beat Kyle Busch at Bristol … (we) just kept fighting, we didn’t have anything to lose. Just trying to win a race.”

It was a victory of sorts in the second place finish for Busch, as his car and his two other teammates, Denny Hamlin and Erik Jones, failed inspection twice before the race and was relegated to the back of the field.  Despite a Herculean effort by Busch and his team to rally back to the front and to the lead Busch was having no celebration in the second place finish and was clearly disappointed in his post race remarks.

“Just didn’t have enough there at the end,” replied Busch.

Although Busch locked himself into the second round of the playoffs, he will try to rebound back seeking a win at his home track of Las Vegas next Sunday.

Eliminated in the cutoff at Bristol: Rookie Cole Custer, who won his first NASCAR Cup race this season at Kentucky; William Byron, whose engine blew on lap 232 following an ontrack collision during the race; Ryan Blaney, driver of the Team Penske 12 car, whose car just could not find the right combination in setup and tires and Wood Brothers driver Matt DiBenedetto, who was down by as many as three laps before rallying back to the lead lap before a loose wheel took him out of the playoffs.

The next race on the NASCAR schedule is Las Vegas and the South Point 400.  No fans will be allowed to attend the race due to COVID-19 restrictions.