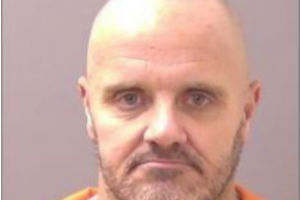 Harrisonburg Police have made an arrest in a string of burglaries of medical practices in Harrisonburg dating back to September.

Bryan R. Hedge, 48, of Bridgewater, has been charged with several counts of breaking and entering, property damage, grand larceny and petit larceny related to eleven separate incidents in Harrisonburg.

The investigation that began early last fall in the city stretched over several jurisdictions last month. The HPD coordinated with the Rockingham County Sheriff’s Office, Elkton Police Department and Bridgewater Police Department after information was received that the person responsible for the burglaries in the city had committed similar crimes in those jurisdictions.

Hedge is currently being held at the Rockingham County Regional Jail.

Anyone with additional information concerning Hedge or other burglaries are encouraged to contact Crime Solvers by calling (540) 574-5050 or by texting “HPD” plus their tip to CRIMES (274637).