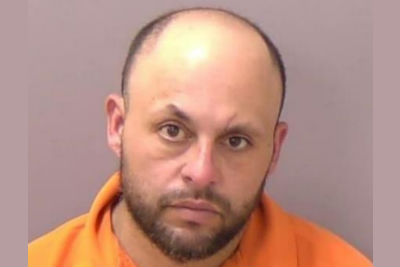 The Harrisonburg Police Department has made an arrest in connection with a fatal stabbing that occurred Saturday in the 200 block of Community Street.

This morning 35-year-old Teofilo Serrano Torres was apprehended without incident in Harrisonburg and charged with first-degree murder.

“This was accomplished by the tireless efforts of HPD officers and investigators working in partnership with the community,” Interim Police Chief Gabriel Camacho said.

Yesterday morning officers were called to the area for a Hispanic male laying unresponsive in a yard. The male was identified as Juan Velazquez Ruiz, 34, of Harrisonburg.

Upon initial investigation, officers determined that the deceased male was stabbed multiple times.