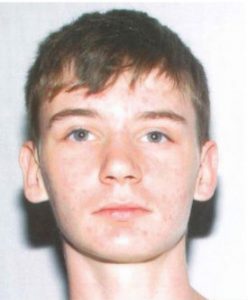 Harrisonburg Police Department are investigating leads in a robbery reported on May 8 in the 1000 block of Lois Lane.

The victim reported that after hearing a knock at the door, four subjects forced their way into the residence, assaulting the victim and the victim’s guests. An undisclosed amount of money was taken from the victim before the suspects fled the scene.

Two of the four suspects were identified, one of which is a juvenile. The adult subject was identified as Garrett Morris, 18, of Rockingham.

Morris is currently wanted for robbery, use of a firearm in commission of a felony, and two counts of brandishing a firearm. The identified juvenile has an outstanding detention order for robbery.

HPD is asking that anyone who may be able to assist detectives in identifying the two additional suspects or provide the whereabouts of Garrett Morris is asked to contact HPD’s Major Crimes Unit at (540) 437-2650.