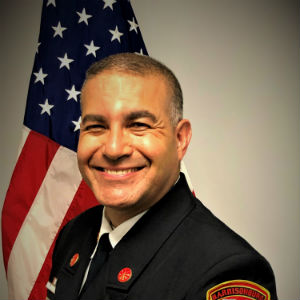 A Harrisonburg Police officer was injured as authorities tried to de-escalate a situation with a man threatening harm to himself at a local hotel.

Officers responded to the Candlewood Suites in the 1500 block of Country Club Road at 7 a.m. to answer the report that a man armed with a knife had barricaded himself in his hotel room and threatened toharm himself.

Officers, including members of the Crisis Negotiations Team, attempted to de-escalate the situation. Despite their efforts, the male stabbed himself in the neck, chest and leg.

The man was subsequently detained and transported to the emergency department at Sentara RMH Medical Center. He was then transferred to UVA Medical Center for further treatment.

While attempting to detain the male, an HPD officer sustained a stab wound to the arm.

The officer received treatment at Sentara RMH Medical Center and was released.

The male has been charged with aggravated assault