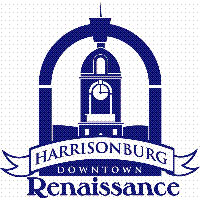 “Harrisonburg Downtown Renaissance has received accreditation as a National Main Street Program since 2005,” says Eddie Bumbaugh, executive director. “Many of the factors contributing to our success as a Main Street community include a solid organization, active board of directors, broad-based community involvement, and investment from the public and private sectors. These qualities are important to our long-term success.”

HDR is a private, non-profit organization with the mission of revitalizing the downtown district into a prosperous and vibrant city center. A designated Virginia Main Street community and 2014 Great American Main Street Award winner, HDR works in partnership with the city, businesses, property owners, and volunteers to provide economic development, beautification, historic preservation, promotion, and special events to the downtown area.

Established by the National Trust for Historic Preservation in 1980, the National Main Street Center helps communities of all sizes revitalize their older and historic commercial districts. Working in more than 2,000 downtowns and urban neighborhoods over the last 35 years, the Main Street program has leveraged more than $61.7 billion in new public and private investment. Participating communities have created 528,557 net new jobs and 120,510 net new businesses, and rehabilitated more than 251,838 buildings, leveraging an average of $26.52 in new investment for every dollar spent on their Main Street district revitalization efforts.