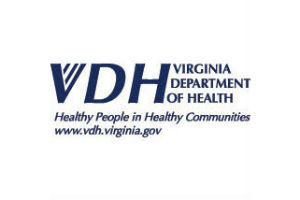 The Upper and Middle Pamunkey Branches as well as the Upper North Anna Branch of Lake Anna in Orange, Louisa and Spotsylvania counties are experiencing a harmful algae bloom.

The public is advised to avoid contact with the lake in these areas until algae concentrations return to acceptable levels. Some harmful algae, called cyanobacteria, can cause skin rash and gastrointestinal illnesses, such as upset stomach, nausea, vomiting and diarrhea. The areas to avoid can be seen on an interactive map at www.SwimHealthyVA.com.

Routine monitoring occurs monthly above Route 208 on Lake Anna. Test results indicate samples collected August 13th at sites within these areas contained potentially harmful algae (cyanobacteria) which exceed safe swimming levels. People and pets are advised to avoid swimming, windsurfing and stand-up-paddle-boarding as well as other activities which pose a risk of ingesting water or exposure to skin. Advisory signs will be posted in areas of the lake.

Swimming advisories have been issued for the following areas of the lake.

Pamunkey Branch (NO CHANGE FROM PRIOR ADVISORY)

Algae blooms can occur when warm water and nutrients combine to make conditions favorable for algae growth. Most algae species are harmless; however, some species may produce irritating compounds or toxins. Avoid discolored water or scums that are green or blueish-green because they are more likely to contain toxins.