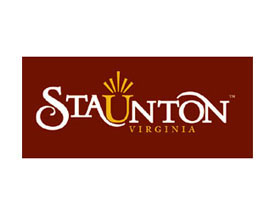 The earthquake changed the center of their world. Their Holy Trinity Cathedral and thousand-student music school in Port au Prince collapsed into rubble. Scores of lives were lost all around the church complex. The philharmonic orchestra’s instruments were crushed. Choristers in the elite men and boys choir, Les Petits Chanteurs, lost their homes. They sleep in makeshift tent cities now.

Miraculously, seven months after the earthquake, Les Petits Chanteurs has regrouped — and they will perform in the Shenandoah Valley on Monday, Sept. 13.

The 30-voice choir, accompanied by a string ensemble from the Holy Trinity Philharmonic Orchestra, will be touring the United States, including a stop in Staunton. The focus of the tour is to raise awareness in the United States about the rich musical traditions in Haiti and the importance of rebuilding Holy Trinity Music School, a keystone in Haiti’s cultural life.

Les Petits Chanteurs is a select group of performers ranging in age from 8 to 18. It is currently under the direction of Nicole St. Victor.

Over the years, representative groups from Holy Trinity Music School have performed at the Kennedy Center in Washington, D.C., Lincoln Center in New York City, Tanglewood with the Boston Symphony Orchestra, with the Chicago Children’s Choir, and at more than 90 churches across the United States.

Holy Trinity Music School is the only music school of its kind in Haiti and depends upon charitable support to sustain its mission to all the people of Haiti.