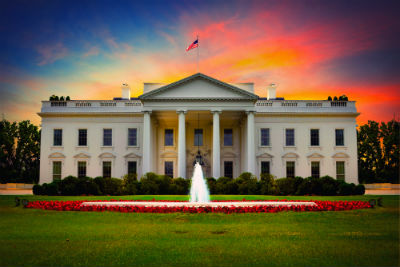 The move allows the Biden transition team to be able to access millions of dollars in federal funds and other resources to begin the transition to a new presidential administration.

President Trump, defeated by Biden in his bid for a second term earlier this month, tweeted Monday that he had recommended that Murphy and her team “do what needs to be done with regard to initial protocols, and have told my team to do the same.”

The transition had been stalled for weeks as the president and his legal team had challenged the results in courts and via TV and social media.

Murphy, in her letter to Biden, denied that she had been “directly or indirectly pressured by any Executive Branch official—including those who work at the White House or GSA—with regard to the substance or timing of my decision.”

In a statement, Biden transition adviser Yohannes Abraham called the news “a needed step to begin tackling the challenges facing our nation, including getting the pandemic under control and our economy back on track.”

“This final decision is a definitive administrative action to formally begin the transition process with federal agencies,” Abraham said. “In the days ahead, transition officials will begin meeting with federal officials to discuss the pandemic response, have a full accounting of our national security interests, and gain complete understanding of the Trump administration’s efforts to hollow out government agencies.”

Virginia Congressman Gerry Connolly, chairman of the House Subcommittee on Government Operations, said it “should not have taken the ire of Congress and the American public to convince Administrator Murphy to do the right thing.”

“Her actions were dangerous, and Congress must ensure it never happens again,” Connolly said. “Now that she has belatedly begun the transition, I urge GSA to work expeditiously to make sure the Biden team has the resources to which they are entitled.”

Another Virginia Congressman, Don Beyer, who led the Obama administration transition at the Commerce Department in 2008, suggested the next step should be Trump issuing a concession, “but whether or not he does, we have very important work to do right away.”

“Trump still retains significant power to hinder the incoming administration, and an obvious willingness to sabotage his successor on his way out the door with policy announcements and additional attacks on the civil service,” Biden said.

“Now that the initial steps have been taken to begin a transition, the Biden transition can press forward in its efforts to respond to the pandemic and economic crisis, and to assess the damage that the Trump administration has done to federal agencies and personnel. There are more difficult challenges ahead for the transition, but this is an important step,” Beyer said.