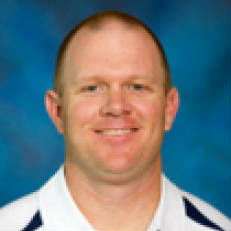 UVA head football coach Bronco Mendenhall announced today (Jan. 9) that Shawn Griswold has been named director of football development and performance. He will join the Cavalier staff on Jan. 15. Griswold has 19 years of experience heading up football strength and conditioning programs at the Division I level.

“Shawn will be an exceptional addition to our staff at Virginia,” Mendenhall said. “He has nearly two decades of experience helping to prepare student-athletes to be their best and to assist them in mastering their sport. That practical knowledge will be a tremendous asset for our players to maximize their abilities. His role is invaluable when you consider the amount of time he will spend with the team. His ability to build relationships with players and understand how to motivate, drive and teach them is impressive.”

The 44-year-old, a native of Santa Rosa, Calif., Griswold comes to Virginia after spending the past six seasons working at Arizona State as the Sun Devils’ head coach for sports performance. He spent the 2011 season at Pittsburgh as the Panthers’ director of strength and conditioning. Prior to that he was the director of strength and conditioning at Tulsa from 2008 to 2010.

During that 10-year period, he worked for former head coach Todd Graham at each of those schools. His training and conditioning programs were considered an integral part of Graham’s fast-paced style of play. Griswold was a part of teams that went to eight bowl games during a 10-year stretch, including four that won 10-or-more games during their respective seasons.

“I am extremely fortunate and grateful for this opportunity to join coach Mendenhall, his staff and the incredible people at UVA,” Griswold said. “I have been fortunate and blessed to work with many great players, coaches and people in this profession. I am excited to start working with the young men at UVA and to build on the success they had last season. I can’t wait to get into the office and get our off-season program going as we build towards the future.”

Arizona State appeared in five bowl games while Griswold worked for the Sun Devils. The Sun Devils won the Pac-12 South Division in 2013 and the 2014 squad finished ranked 12th in the final Associated Press Poll.

In his only season at Pitt, Griswold saw the Panthers earn a berth to the BBVA Compass Bowl (Birmingham, Ala.).

A former defensive line standout at Piner High School in Santa Rosa, Calif., Griswold played at Utah State where he earned four letters from 1992 to 1995. As a tight end in 1995, he caught 23 passes for 272 yards and four scores. Griswold’s career began as a graduate assistant coach for the Aggies before he was promoted to assistant strength and conditioning coordinator.

Griswold earned both his bachelor’s and master’s degrees from Utah State. He received a bachelor’s degree in exercise science in 1996 and a master of science degree in 1998.