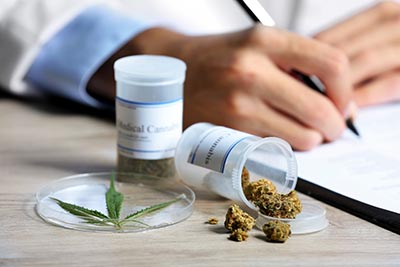 Legislation that would ensure a supply of marijuana for research purposes through the National Institute on Drug Abuse Drug Supply Program passed the House on Wednesday.

H.R. 3797, the Medical Marijuana Research Act, would also direct the Food and Drug Administration to issue guidelines on the production of marijuana and encourage authorized researchers and manufacturers to produce marijuana under the law.

Ninth District Republican Morgan Griffith, an original co-sponsor of the bill, issued the following statement on the bill and the vote to approve:

“Decisions on marijuana policy must be guided by science and evidence, but federal law currently inhibits researchers from collecting the data that should guide policymakers. The Medical Marijuana Research Act improves Federal Government policies on marijuana research. It is a change I have long sought, and I am encouraged that it passed the House today.”