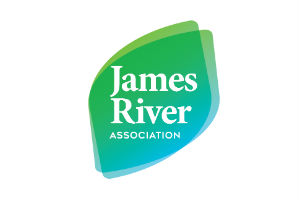 Today, Gov. Ralph Northam released to the public a report on the Department of Environmental Quality’s ability to protect the state’s land, air, and water resources as well as the health and well-being of its citizens.

The report, issued by the Secretary of Natural Resources, comes as a result of the Governor’s Executive Order Number 6 and in response to the conservation community’s call for better transparency by the state’s natural resource agencies.

“We appreciate the effort put into this report by the Secretary, his staff, and the entire Department of Environmental Quality. And we applaud the Governor for making this report publicly available,” said Bill Street, Chief Executive Officer of the James River Association. “Natural resources is the only portion of Virginia’s budget that has declined since 2001. It’s clear that our natural resource agencies are critically under-resourced as they work to protect the health of our rivers and our communities. We stand ready to work with the Governor on securing these resources and accomplishing the recommendations included in this report within the remainder of his term.“

Among the recommendations contained in the report are several proposals critical to maintaining and improving the health of Virginia’s waterways. This includes expanded surface water monitoring for local and urgent water quality issues such as emerging contaminants like polyfluoroalkyl substances (commonly called PFAS); restored funding for long-term fish tissue and toxicity studies in rivers and lakes to protect public health; and a review of the use of so-called “mixing zones,” areas of the river used by pollution dischargers to dilute their wastewater. The report also recommends improvements to public engagement, such as making permit documents more accessible for public review; providing more easily understood information about permitting processes; and reaching out to impacted communities before decisions are made.

“The improvements proposed in this report, like better water quality monitoring for emerging pollutants and stronger public engagement on permitting decisions, are much-needed and long overdue,” said Jamie Brunkow, Senior Advocacy Manager and James Riverkeeper for the James River Association. “We hope that this report will lead to inclusive discussions about how to fund and implement these recommendations quickly for the benefit of our waterways and our communities.”

“Our natural resource agencies have an important job to do protecting Virginia’s environment, but that work has been weakened by a decade of budget cuts,” said Brunkow. “This report shows what more they could do with adequate funding to address these critical needs.”