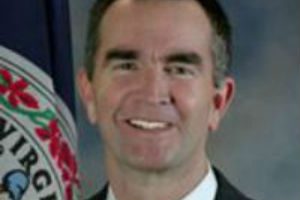 Gov. Ralph Northam met Thursday with members of Virginia’s bipartisan congressional delegation for the second annual gathering since he took office in 2018.

Northam and members of his Cabinet provided the congressional delegation an update on a range of key issues, including Virginia’s cutting-edge coastal resiliency strategy, efforts to ensure a complete count in the upcoming 2020 Census, funding for Interstate 81, the Port of Virginia, and the Washington Metropolitan Area Transit Authority (WMATA), and rural broadband expansion. The group also discussed the congressional delegation’s work in these areas, and how Virginia’s state and federal representatives can continue their partnership to produce results for Virginians.

“Administrations from both parties have long recognized the importance of working closely with our federal delegation to best serve the people of Virginia and move our Commonwealth forward,” said Northam. “I am encouraged by the bipartisan cooperation on a number of issues that impact Virginians in every part of the Commonwealth, and look forward to building on today’s productive and positive discussions as we work to better the Commonwealth we all love.”

Comments from members of the delegation are below:

“Expanding access to broadband, building a 21st century transportation network, improving coastal resiliency, and ensuring an accurate count in the 2020 Census are challenges that are best addressed with a collaborative approach. As former governors, we understand the need to work together for the good of all Virginians. Today’s meeting was an opportunity to do just that.”
Sen. Mark Warner and Sen. Tim Kaine

“Virginia’s governors and our congressional delegation have a long history of working together to address the important issues facing Virginians. We were pleased to welcome Gov. Northam and members of his Cabinet to the Capitol to get an update on the Commonwealth’s efforts to address coastal resiliency, improving transportation, expanding rural broadband, and making sure every Virginian is counted in the 2020 Census.”
Congressman Bobby Scott (VA-03), dean of Virginia’s congressional delegation

“I appreciate the governor’s dedication to working with Congress to close the digital divide in Virginia. If we are going to get broadband systems built out as quickly as possible to unserved areas, we must leverage private dollars as well as public dollars – at the local, state, and federal level. High speed broadband will revolutionize the way unserved populations live their lives, and by giving more people access to broadband, we can help bring the untapped potential of hard working rural Virginians off the sidelines and propel our Commonwealth forward in the global economy.”
Congressman Rob Wittman (VA-01)

“Today’s meeting highlighted one of the most critical issues facing our Commonwealth: the 2020 Census. Given the continued growth in Virginia’s immigrant population, the 2020 Census will be key to our continued success and ensuring Virginia gets its fair share of federal dollars in the future. Efforts by the Trump administration to add an unnecessary citizenship question are designed to depress immigrant participation, making it even more important that federal, state, and local leaders work together to ensure a complete and accurate count. We also had a productive conversation about the transportation challenges facing Northern Virginia commuters including restoring safety and reliability to Metro and mitigating the unintended consequences of tolling.”
Congressman Gerry Connolly (VA-11)

“Strengthening Virginia’s resilience to the effects of climate change has been one of my top priorities during my time in Congress. The Hampton Roads region is one of the most vulnerable areas of the country when it comes to sea level rise and natural disasters, and I am pleased that the governor and congressional delegation are working together to improve the Commonwealth’s preparedness.”
Congressman Donald McEachin (VA-04)

“Improving Virginia’s transportation system is critical for my constituents’ daily lives and the economic future of our Commonwealth. I am pleased to work with the administration to tackle difficult transportation issues such as funding I-81, improving Metro, and other critical priorities.”
Congresswoman Jennifer Wexton (VA-10)