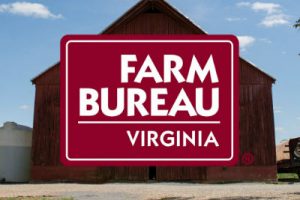 Elections of officers and directors were held during the VFBF 2020 Annual Meeting of Voting Delegates.

Pryor served as Farm Bureau’s vice president from December 1998 through November 2006 and has been a member of the organization’s board of directors since 1988.

He currently serves on the board of the American Farm Bureau Federation and as president and chairman of the Southern Farm Bureau Life Insurance Co. board of directors. Pryor has served on the Jackson, Mississippi-based company’s board for 22 years.

He also is a member of the Chicago-based American Agricultural Insurance Co. board and American Farm Bureau Insurance Services Inc. board. In addition, he is president and chairman of the board of directors of Countryway Mutual Insurance Co.

He is a member of the Virginia Agribusiness Council, Virginia Cattlemen’s Association and the Virginia Cooperative Extension Leadership Council.

Pryor is a recipient of the Honorary American FFA Degree, an award that recognizes personal commitments and contributions to advance agricultural education and FFA.

He attended Richmond Professional Institute, now Virginia Commonwealth University. He is a Mason and past master of Cabell Lodge #328. He also is an elder and lifelong member of Forest Grove Christian Church.

Pryor and his wife, Pattie, have one adult son.