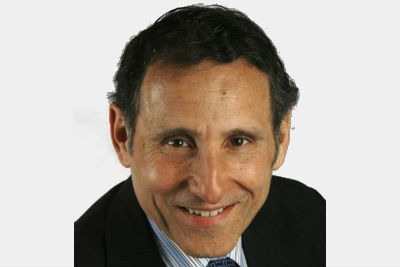 Paul Goldman, a former Democratic Party of Virginia chair who is running for the party’s nomination for lieutenant governor, says a new legislative study of K-12 education in Virginia backs his position that “we need an historic shakeup of the Virginia Department of Education.”

“It’s not working for our kids, especially children of economically challenged families,” said Goldman, who served as the campaign manager for former Gov. Doug Wilder when Wilder ran for lieutenant governor in 1985 and then for governor in 1989, and was chairman of the state party from 1990-1993.

Goldman was part of the team that rewrote the Richmond City Charter in 2003 to bring back the elected-mayor form of government in the capital city, a year ahead of the election of Wilder to the mayoral position.

In 2017, Goldman led an effort to pass a ballot referendum to change the city charter to require Mayor Levar Stoney to come up with a plan to modernize city school facilities.

As he gears up a run for statewide office, he’s seized upon a new study by the Joint Legislative Review and Audit Commission highlighting how the state’s aging K-12 infrastructure impacts student performance, which Goldman said shows “we need a proven education advocate like myself to shake up a system that simply isn’t acceptable if we truly believe in equal educational opportunity for all.”

“It is time for some tough love when it comes to our public education system,” Goldman said. “At the most basic level, we simply can no longer operate under a Virginia Constitution that fails to give our kids, and their families, an enforceable right to the equal educational opportunities envisioned by the 1955 Brown II decision, which implemented the better known 1954 Brown I decision.”

Goldman is advocating a reform plan that includes having the current governor, Ralph Northam, appoint a public education commission that would be tasked with a top-to-bottom review of K-12 education in the Commonwealth.

The goal would be to have a report and recommendations from that commission sitting on the next governor’s desk, with the new lieutenant governor assigned a public educational advocacy role in the next administration to oversee the legislative, budget and policy matters involved in the reform.

“As a state, we need to accept the obvious: the new realities of 21st century technologies are making high quality education available to all more important than ever if we are to achieve the American dream of a more inclusive, tolerant and economically fairer society,” Goldman said. “It is now 65 years after Brown II, and the failure of our state leaders to embrace the educational future. It is long past time to do what is right and just.

“We need a state policy that commits Virginia to the following educational goal: we will no longer accept the soft bigotry of lowered expectations and politically correct social promotions for our kids. Rather, we will figure out how to harness their potential so that every child graduates with the knowledge and/or job skills to enter the adult world whether on the path to higher education or into the world of commerce if they so choose,” Goldman said.

“While I appreciate JLARC’s great work, the time for studying the self-evident has to come to an end. We need action. JLARC points out such obvious problems as a lack of diversity in top state educational jobs: how can this be true 66 years after Brown 1? The fact is our educational system isn’t doing what it needs to do. We need that top-to-bottom commission review to end the piecemeal approach, which isn’t working, and instead determine, as I think it will, that we need to think bigger, smarter, bolder, on education than ever before.”