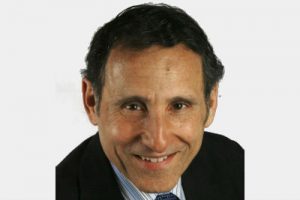 Virginia, in 2015, passed a budget measure setting aside $400,000 to compensate individuals forcibly sterilized under the 1924 Virginia Eugenical Sterilization Act.

Paul Goldman, a Democrat running for the party’s lieutenant governor nomination, is calling for the creation of a state commission to account for what was wrongfully done in the name of the Commonwealth, and for the establishment of a memorial on State Capitol Grounds to the poor, rural white women targeted by the policy.

“The victims have been given insult added to their injury by the state’s failure to do what is right and necessary,” Goldman said.

The Virginia General Assembly voted in 2015 to approve the budget appropriation, championed by then-Del. Ben Cline, who was elected to the Sixth District congressional seat in 2018.

The 1924 Virginia Eugenical Sterilization Act declared that “heredity plays an important part in the transmission of insanity, idiocy, imbecility, epilepsy, and crime.”

Under the law, people confined to state institutions because of mental illness, mental retardation or epilepsy could be sterilized as a “benefit both to themselves and society.”

“The state never fully researched the record, nor ever made the proper outreach to find either the victims or the families, and this will be inconceivable to the rest of the country if we haven’t done it by 2024, although admittedly rather belatedly,” said Goldman, who feels that unless state leaders do the right thing by 2024, the 100th anniversary of the passage of the law, “then an inference will be drawn that our state doesn’t much care about these victims because they were mostly poor, white, vulnerable, rural women in terms of statistically the biggest category of victims.”

“These victims’ lives mattered. They were singled out by the political establishment because they were vulnerable women, and it is unacceptable to me – and I believe to the vast majority of my fellow Virginians – that our leaders have done enough,” Goldman said.

“I’m not alone in this view” said Goldman. “The Washington Post agreed in a 2015 editorial that what the state had done to date was pathetically inadequate, but the General Assembly and governor refused to do more.

“As Dr. King said, it is never too late to do what is right”