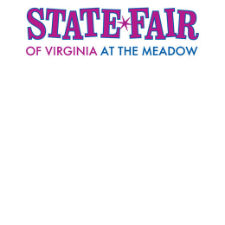 To help drive excitement about the State Fair and promote all the fair has to offer, Ginny the State Fair bus is traveling to various locations in the Richmond and Fredericksburg regions this summer and fall.
The 2014 fair will open Sept. 26 and run through Oct. 5.
State Fair Facebook fans were encouraged to enter a bus-naming contest in early July. Ginny, short for Virginia, was the winning name, and the bus made her debut July 12 at the Hanover Tomato Festival.
Visitors to the all-day event were encouraged to take selfies with Ginny as well as with newly crowned Miss Virginia, Courtney Garrett, who won the Miss State Fair of Virginia pageant in 2013. Drawings were held for State Fair tickets.
Advance ticket sales will begin Aug. 1.
A limited number of general admission tickets will be distributed at future bus stops, which will be announced through the State Fair of Virginia Facebook page (Facebook.com/StateFairVa) and on Twitter (Twitter.com/StateFairVa). Upcoming stops include a Flying Squirrels game, the Children’s Museum of Richmond and concerts at Celebrate Virginia in Fredericksburg.
Ginny also is featured in State Fair television ads, which will air in September. The public can read her story on Facebook and follow her travels on Twitter as she discovers some of the best fair features Virginia has to offer.
Information about this year’s State Fair of Virginia is available at StateFairVa.org.
The State Fair is held each fall at its permanent home at The Meadow Event Park in Caroline County. The fair’s mission is to increase agricultural and natural resource awareness and interest through educational programs, exhibitions and competitions in a fun, family-friendly setting.