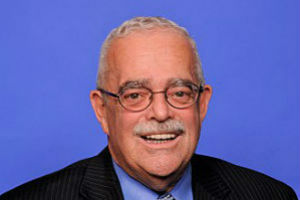 The House Foreign Affairs Committee voted Thursday to pass the Protection of Saudi Dissidents Act, legislation authored by Congressman Gerry Connolly (D-VA-11) to hold the Kingdom of Saudi Arabia accountable for Jamal Khashoggi’s death and other attacks on critics of the Kingdom.

“Two years ago, on Oct. 2, 2018, my constituent and lawful U.S. resident Jamal Khashoggi was lured into a Saudi consulate in Istanbul, Turkey, where he was murdered in cold blood and dismembered by agents of the Kingdom of Saudi Arabia, reportedly at the direction of Crown Prince Mohammed bin Salman (MBS) and with the false assurances of safety given to Jamal by the Saudi Ambassador to the United States,” Connolly said. “No one should be subjected to such a horrific crime, and those responsible – no matter how high it goes – must be held accountable.”

“Our legislation sends a strong and clear statement that the United States opposes the forced repatriation, intimidation, or killing of Saudi dissidents and critics abroad, and it would ensure that the United States is in no way enabling such human rights abuses,” Connolly said. “Failure to take action and turning a blind eye to these abuses will only enable the Saudi’s global intimidation campaign.”

“On the second anniversary of the brutal murder of my beloved Jamal, I welcome all efforts to honor his memory by adopting laws that prevent persons like Jamal being unjustifiably intimidated and targeted. We must never allow what happened to Jamal to ever occur again,” said Hatice Cengiz, Khashoggi’s fiancée. “The perpetrators at the highest level must be held accountable for his murder, and our countries must be kept safe from those who seek to undermine democracy and our most cherished freedoms.”

The Protection of Saudi Dissidents Act:

The U.S. intelligence community assessed that MBS ordered Khashoggi’s murder. The UN Special Rapporteur on extrajudicial, summary, or arbitrary killings concluded that Khashoggi “has been the victim of a deliberate, premeditated execution, an extrajudicial killing for which the state of Saudi Arabia is responsible under international human rights law.”

Khashoggi is not the only victim of Saudi Arabia’s international campaign of intimidation, disappearances, and assassinations. Dr. Saad Aljabri, a former Saudi intelligence official, in a recent court filing accused MBS of ordering his assassination in a plot that involved surveillance and transit through the United States by the would-be assassins.

Saudi authorities arrested two of Dr. Aljabri’s adult children in March and they have not been seen or heard from since. Additionally, Loujain al-Hathloul, an outspoken women’s rights activist, was arrested in the UAE in 2018, and deported to Saudi Arabia, where she was jailed for a few days.

A couple months later, she was re-arrested and reportedly subjected to torture and sexual harassment. Ms. al-Hathloul remains in detention without charge until today.