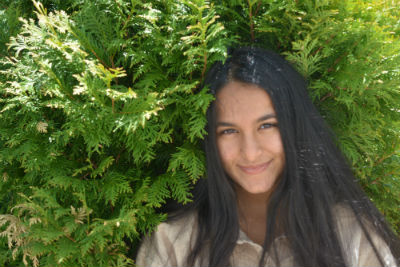 I can’t vote, but I need people who can vote to vote. As a 16-year-old from New Jersey, there is only so much that I can do as a youth, and oftentimes people in power don’t take us seriously because we don’t have spending power, we can’t support them monetarily, or they assume under that we don’t care, or won’t know enough to get into the specifics or challenge them or their thoughts.

I’d argue that youth care more than anyone in the world because it is their future that legislators are making decisions upon without any input from them.

Gen-Z is an internet generation – the amount of information at our fingertips is nothing short of infinite, and this allows us to take interest in the matters of our world today and to move forward. Teens know how to use the internet to their advantage- several teens are working behind large political campaigns to get their social media accounts relatable, and generating relevant content that the constituents of a candidate actually like, and Gen-Z is starting to re-evaluate campaign strategies, by investing in Facebook ads that reach thousands of people in a particular area compared to traditional, expensive, television ads that only reach a certain subset of people that are watching a particular channel at a particular time.

Our lives have been hit hardest with poor decision making in the past, and Generation-Z is the largest and most diverse generation to date. This means that we have power, and we are showing up to represent. Even though I have two years left till I can vote, our generation has taken the onus on us. This makes me believe in our generation, and even though I can’t vote for a few years, I can still use my voice to amplify the voices of others, all the while doing so for my own opinions and thoughts as I am in writing this piece.

So, what does this mean now? Two words: Georgia runoff. A runoff is when no candidate wins the required majority of votes, and the voter registration deadline is Dec. 7th, and early voting begins on Dec. 14th. January 5th is election day. So to youth; If you are 17 and will turn 18 before Jan. 5, 2021, you are eligible to vote in this election and must register by Dec. 7, 2020. Go to the polls, and represent the power that our generation holds. To everyone else, think about this runoff election like the street signs that say “drive like your child lives here” – I need you to vote like your child’s future is at stake- because it is.

And you’ve probably heard by now a bit about the Georgia runoffs, but here’s some background. No one won a majority vote on election day, which therefore sends both parties into rematches that will determine control of the Senate. All Georgia residents that will be 18 by the time of the runoff election have the opportunity to vote and make their voices heard.

So as a young to-be voter, I urge you to vote. I urge you to bring out the same unprecedented participation that we saw in November for the 2020 presidential election. I ask you to continue exercising your civic duty not just for the “big” elections like president, but for local elections, and everything in between, because that is where the real decisions that are impacting you and your community are being made. And yes, please vote, but if you think you can make something better in your constituency, advocate for it, rally youth around it, and make the change that you want to see, because our world needs it.

Riya Goel is a senior at West Orange High School in West Orange, N.J. She is a student-athlete, intersectional feminist, and racial inequity activist changing the world one day at a time. Credit to American Forum for sharing this article.