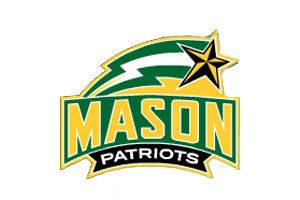 George Mason put together its most complete effort of the season in a 75-42 victory over visiting La Salle on Wednesday night inside EagleBank Arena.

“The guys have worked so hard and I told our assistants that I wanted them rewarded for their effort and execution over the past week,” head coach Dave Paulsen said. “We laid an egg Saturday against Richmond, but there can be a lag time between practice performance and game performance. Our energy was great tonight and our attention to detail was excellent. Tonight was a great effort, but now we need to use it and build upon it.”

The Patriots dominated the glass (50-35) and the interior, with a 48-30 edge in points in the paint and 19-7 advantage in second chance points. The Green & Gold also converted 18 La Salle turnovers into a remarkable 21-2 edge in points off turnovers for the game.

Senior Javon Greene led the Patriots with 18 points (6-12 FG) to go along with eight rebounds, two assists and two steals. During the game, Greene became the 39th player to reach the 1,000-point milestone in a Mason uniform. The McDonough, Ga. product also moved into a tie with Jai Lewis for eighth place on the Patriots’ career steals list (140).

“I’m so happy for Javon,” Paulsen said. “He’s handled some struggles and adversity at a really high level this season – that says a lot more about a person than when everything goes great. He’s poured his heart and soul into this program.”

Redshirt-senior AJ Wilson added his second double-double of the season and ninth of his career with 15 points, 12 rebounds and two blocks. He is now averaging 13.0 points, 6.4 rebounds and shooting 52.8 percent (28-53) in conference play.

Sophomore Josh Oduro was spectacular in the paint, pouring in 17 points (8-14 FG) to go along with four rebounds and two blocks. Junior Jordan Miller chipped in 10 points and eight rebounds, including four on the offensive glass.

The Patriots hit five of their first six shots and jumped out to a 12-2 lead. Mason extended the edge to 15 (20-5) after free throws from Wilson. In all, the Patriots put together an 18-3 run in which Mason limited the Explorers to just one field goal in close to 10 minutes.

Mason now hits the road for a Saturday contest at Rhode Island. The 2 p.m. game will be broadcast nationally on NBC Sports Network.