Generals get win in first game of Sunday doubleheader 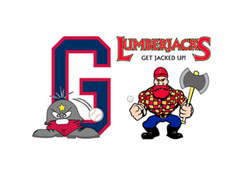 Chastin Akers picked six strong innings in his first start of the Valley League season, and Waynesboro got the win in the first of two on Sunday, knocking off Covington, 6-4.

Akers (1-0) gave up three runs on seven hits in his second appearance of the season. The 6-7 lefty from Concord got some help early as the Generals scored three runs in the bottom of the first aided by a pair of Covington errors, including one on a one-out grounder by Drew Turocy that allowed Colin Harrington and Cody Hudson to score.

Chase Worthington had a pair of sacrifice-fly RBIs for Waynesboro, which had already clinched a playoff berth on Saturday night when Woodstock lost to Winchester.

The win pushes Waynesboro for the moment into fifth place a half-game ahead of idle Harrisonburg.

The Generals host Staunton at 7 p.m. in their regular-season home finale.