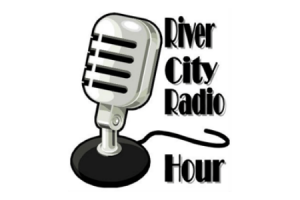 The change, said producer and host Clair Myers, was motivated by the growth in downtown Waynesboro.  “When the Radio Hour started in 2006, there wasn’t much going on in downtown.  Now with the increase in restaurants and other shops, Waynesboro has come alive at night.”  The new format will also make going to the show easier for the audience and the performers.   “Having two shows with little time between them made it difficult for us to prepare for our second show and serve the audience in the way that they have come to expect at WTA’s Gateway,” Myers said. “Having a longer show also allows us to give more time to the boogie kings and to bring at least two guest musicians to the show.”

The new River City Radio will be at 7:30 pm on the third Friday of the month.  In January that means Friday, January 11.  Doors will open at 7.  The show will last approximately 90 minutes with intermission.

The January performance will feature the River City Radio Hour regulars, the Boogie Kings: Richard Adams, J. T. Fauber,and the keyboard genius William Hayes and comedian Marsha Howard.  They have been members of the Radio Hour since its inception in October 2007.  The River City Players will also continue to bring their own brand of radio drama with The Radio Hour Foley Team.

Joining the regulars for the January 11th performance will be John Emil, an accomplished singer/songwriter, guitarist, and a master of slide guitar.  Emil is noted for his show- stopping performances at major music festivals like the Telluride Blues and Brews Fest, the Lake Occonee Music Fest, the Florida and South Florida Folk Festivals, the Decatur Blues and Bluegrass Festival, the 2012 Bangor on Dee Blues Festival in the UK and the 2012 Zoetemeer Blues Festival in the Netherlands.  Equally adept with the acoustic Hawaiian lap steel guitar and dobro, he integrates country, blues, folk, bluegrass and lush Hawaiian sounds into his wide-ranging repertoire.  Emil is also a composer of note having supplied music for a number of tv shows including “Dateline,” Anthony Bourdain’s “No Reservations,” CMT’s “Cribs,” and several international wildlife and nature documentaries.

Lorie Strother, the Dreaded Blues Lady, will make a departure from her usual repertory for the January Radio Hour.  She will join the boogie kings in some soulful renderings of blues as only she can do.  Strother is also the host of WTA’s Gateway monthly Talent Night that brings new performers to the attention of Valley audiences.  She will host the finale of the Talent Nights with the eight finalists on Saturday, June 7, 2014.

Since September 2013, the River City Radio Hour has had a delayed broadcast on wsva (550 am) on the last Sunday of the month at 9 am.

Advanced tickets for the 7:30 performance of the Radio Hour continue to be $10 and may be purchased online(www.wtagateway.com) or by calling the box office (540-943-9999).  Remaining tickets are available at the door on the night of performance for $12.