Game Plan: What UVA needs to do to beat Florida in the Orange Bowl 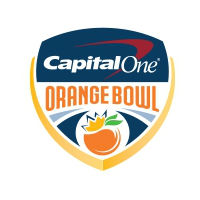 Virginia will be able to move the ball against Florida. The question: can the Cavaliers stop the Gators?

Meaning: the approach needs to be similar to what we saw in the UNC and Virginia Tech games.

Both the Tar Heels and VippiSue did what they wanted to do offensively for three quarters.

What Virginia did was its best to keep up in the points department, then got stops when the game was on the line.

It’s a tough way to win a game, but honestly, no tougher than it is to try to win one the Al Groh way, keeping an opponent to 250 yards, 13-17 points.

You feel like your defense has to be perfect to win when you have troubles on offense.

On the defensive side

When your defense is the weak link, hard as it is to believe that, considering the D the ‘Hoos put on the field the first four weeks, well, you pick your spots.

Brenton Nelson isn’t in the two-deep.

It looks like we at least get Jordan Mack back at linebacker. Virginia hasn’t had a healthy Jordan Mack in weeks, so getting him as close to 100 percent as he can be will be a huge plus.

Even then, the secondary is going to be exposed.

The issue for Florida on offense is the lack of a running game. The Gators averaged just 120.3 yards per game in 2019, last in the SEC.

This can play into defensive coordinator Nick Howell’s hands.

Howell’s scheme for the ACC Championship Game was heavy on trying to drop extra guys into coverage to help the secondary, which, pick your poison when you’re playing Clemson, opened things up for Travis Etienne (114 yards on 14 rushes) and the Tigers ground game in general (211 yards on the ground).

Florida isn’t going to be able to exploit a bend-but-don’t-break defensive scheme as well as Clemson could, and did.

Howell can try to get away with dropping seven and even eight guys in coverage early to at least keep the game in front of the defensive backs, make Florida go piecemeal.

I assume Trask will feast between the 20s, but that isn’t the concern. Make Florida take the profit until it gets to the red zone, then unleash extra guys into the pass rush.

The one D unit that is intact from where it was back in September is the pass rush. Virginia ranks seventh nationally in sacks and 20th in tackles for loss.

Howell’s front can get pressure. Make the Gators work their way up the field, then pressure them in the red zone.

And then use that same thinking from the drive-by-drive perspective on a more macro level, as in the UNC and Tech games.

The Heels and Hokies combined to score 61 points in the eight quarters, but just three total – a Hokies field goal – in their fourth-quarter efforts.

This Virginia defense isn’t going to shut down Florida for four quarters, but as long as it can in the fourth quarter, for a drive or two, the ‘Hoos have a chance.

On the offensive side

Virginia has averaged 461.6 yards and 36.4 points per game over its last five, its worst outing being the 387-yard, 17-point effort against Clemson in the ACC Championship Game that, OK, moral victory, but it was the best anybody had done against the Tigers D in 2019.

The key has been the growth of the passing game. Bryce Perkins has averaged 298.0 yards per game through the air over UVA’s last five games (‘Hoos record in those five: 4-1), after averaging 238.8 yards per game in Virginia’s first eight, a stretch that saw the ‘Hoos go 5-3.

The offense rose to another level across the board over the past month-plus.

Over the first eight, the Cavaliers averaged 29.9 points and 344.3 yards per game.

A key for Virginia will be continued strong play from the O line, which will be easier said than done against a Florida D that ranked second in the rugged SEC in total defense (299.0 yards per game).

One factor that may open things up a small bit for Virginia is the absence of All-SEC first-team cornerback C.J. Henderson (33 tackles, 11 passes defensed, 3 TFLs, 1 sack, 1 QBH), who is sitting out the game because he’s a projected high draft pick, and he’s focused on that next step in his football life.

The Gators have other guys to call on in the secondary, but they’re not C.J. Henderson.

Score. Can’t stress that enough. Virginia can’t afford to have any empty drives. Bronco Mendenhall may need to be a bit of riverboat gambler on fourth downs; offensive coordinator Robert Anae may want to have some trick plays up his sleeve.

The defense has to take advantage of any balls on the ground or tipped into the air, and otherwise hold the Gators to field-goal tries on at least a couple red-zone trips.

Florida can easily win this game 45-14 or by some such laugher-type margin.

It can be done, is the point I’ve been getting at here for the past 1,200 words.