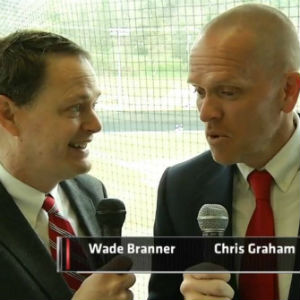 VMI baseball will return to action Friday, when the Keydets play host to The Citadel at6 p.m. to open the first home SoCon series of the season. Games Saturday (2 p.m.) andSunday (1 p.m.) follow.

Fans can see all three games live and free of charge – with participating provider – on WatchESPN and the ESPN app, with Wade Branner on play-by-play and Chris Graham providing color commentary. In addition, live stats and periodic updates on the @VMIbaseco Twitter page will both be available.

At press time, this will be just the second Keydet weekend series since opening weekend that will not include a doubleheader. VMI did not play a doubleheader against South Carolina or George Washington, but has done so every other weekend so far this season.

On Sunday, Kyle Staats will bid for his third win of the year. Staats could become the first lefty other than Brandon Barbery – who has done it twice – to win three or more games in a season since 2011.

The Keydets rank third in the country in triples with 12, and actually lead Division I in the statistic on a per-game basis.

Infielder Nate Eaton ranks fifth in Division I, and leads the SoCon, with 16 stolen bases. Matt Pita, meanwhile, is second in the SoCon and 20th in D1 in total bases with 67.

The Keydets return to action following this series on April 3, taking on Longwood in Farmville.