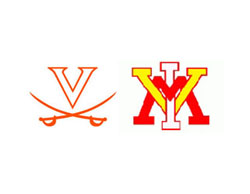 Virginia (2-1) will play its first home game of the season on Tuesday (Feb. 20) against VMI (1-2) at the newly expanded Davenport Field. Game time has been moved to 5 p.m. to take advantage of the unseasonably warm weather.

Tuesday’s game will be carried live on ACC Network Extra, a dedicated digital channel for ACC sports which is available to authenticated subscribers of ESPN3 through WatchESPN and the ESPN app at no additional charge. Live stats for the game are available on VirginiaSports.com and fans can follow the team’s official twitter page (@uvabaseball) for in-game updates.

Consistent with what is already in place at Scott Stadium, John Paul Jones Arena and Klöckner Stadium fans attending games at Davenport Field this season must adhere to the department’s clear bag policy and entrance procedures.

Starting Out on the Right Foot

Single-game general admission ticket options are available for every home game. General admission seating is available in the left field bleachers (new Sections A-E) as well as on the hill and standing room only areas of Davenport Field.

Fans may text UVABASE to 79516 to subscribe to alerts about Virginia baseball schedule changes and game updates because of inclement weather. Standard text message rates for your individual mobile plan apply. To cancel enrollment, text STOP to 79516