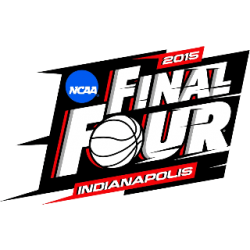 ACC regular-season champion UVA will make its 19th NCAA Tournament appearance. It was announced Sunday (March 15) that Virginia (29-3) is the No. 2 seed in the East Region. The Cavaliers will face No. 15 seed Belmont (22-10) in an NCAA Tournament second-round game played in Charlotte, N.C., at Time Warner Cable Arena on Friday, March 20. Tipoff time and the television information will be announced Monday (March 16).

The other pod of teams competing in Charlotte includes teams from the South Region. Those games are No. 1 seed Duke vs. No. 16 seed North Florida or Robert Morris and No. 8 seed San Diego State vs. No. 9 seed St. John’s.

Virginia is making back-to-back NCAA Tournament appearances for the first time since 1994-95. The Cavaliers advanced to the NCAA Sweet 16 last season and finished the season with a 30-7 record.

This is Virginia’s third NCAA Tournament appearance under two-time ACC Coach of the Year Tony Bennett. The Cavaliers have compiled an all-time record of 24-18 in 18 NCAA tournaments. UVa advanced to the NCAA Final Four in 1981 and 1984. It’s the first time Virginia has been a No. 2 seed in the NCAA Tournament.

The NCAA provides a limited number of tickets to schools participating in the NCAA Tournament second and third rounds. Ticket demand is expected to be extremely high for the games played in Charlotte. As a result, ticket requests are limited to upper-level seats and requests will only be open to Virginia Athletics Foundation donors in the Orange & Blue Club level ($2,500 and above) for tickets in Virginia’s block.

Ticket requests for NCAA Tournament second- and third-round games will begin online at VirginiaSports.comat 9 p.m. on Sunday, March 15. Donors eligible to request tickets should use their registered online account. Tickets may also be requested by calling the Virginia Athletics Ticket Office at 1-800-542-8821 on Monday, March 16 from 9 a.m. until 2 p.m. The deadline to request tickets is Monday, March 16 at 2 p.m. Requests will be filled according to Virginia Athletics Foundation priority points order. Account holders who receive tickets will be notified by email Monday night with information about the location and hours to pick up tickets in Charlotte.

Tickets outside of Virginia’s seating block at Time Warner Cable Arena may be available to purchase through the arena box office.  Click here: www.ticketmaster.com/venueartist/115405/1239566?brand=ncaa to review ticket availability and to purchase tickets.

UVa students may request tickets for NCAA Tournament second- and third-round games online at UVaShots.com. The online request period will run from 9 a.m. to 2 p.m. on Monday, March 16. Student tickets will be filled from requests based on Sabre point totals. Students awarded a ticket will be notified by email by 4 p.m. on Monday, March 16. Payment will be for one ticket for both the second- and third-round games. Students will only receive a ticket to the third round if Virginia wins its game in the preceding round. If Virginia does not advance to the third round, refunds for those tickets will be issued to a student’s credit card in a timely manner. Student orders will be limited to one ticket per student.