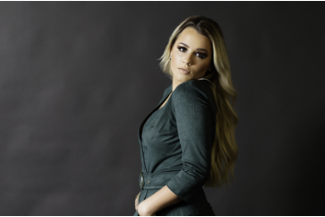 Barrett “is coming out swinging” (OneCountry) and brings the heat with “a voice you must here” (The Pittsburgh Post-Tribune) and an infectious energy that leaves fans craving more. After rising to national prominence as a finalist on ABC’s inaugural season of American Idol, Barrett launched her sass-bomb “I Hope” (Barrett, Zac Kale, Jon Nite), garnering praise from fans and media alike.

The raved-about track was selected as a SiriusXM “Highway Find,” and summited the channel’s chart at the #1 spot just two weeks after hitting the same position on Radio Disney’s Country Top 50 chart. Named one of Rolling Stone Country’s “10 Best Country and Americana Songs To Hear Now,” Barrett has been added to CMT’s Artist Discovery Program – a short list of Nashville’s up-and-comers to watch. She is currently in the studio with Grammy-nominated producer and songwriter Ross Copperman working on new music.

Previously, Barrett shared the stage with superstars Luke Bryan, Chris Lane, Dustin Lynch Jake Owen, Bebe Rexha, Sugarland, Carrie Underwood and more. After her Top 3 finish on Idol, she hit the road on the American Idol Live! tour. She continues down the road in 2019 with select festival and tour dates through the end of the year.