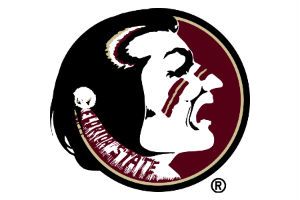 Tough talk from the amateur footballers at Florida State, where the defense, more Swiss cheese than stout, is talking trash on UVA quarterback Bryce Perkins.

“Obviously he is a pretty good runner. But I don’t think we are going to have too much trouble with him,” FSU linebacker Leonard Warner said of Perkins, one of two QBs in 2018 to throw for more than 2,500 yards and rush for more than 900 yards, while also accounting for 34 touchdowns.

Perkins, a senior, is back on that pace through two games in 2019, averaging 242.5 yards per game total offense and accounting for five UVA touchdowns.

UVA is averaging 41 points and 410.5 yards total offense per game this season.

“We have a good game plan built up. I think we have pretty good plan for controlling him,” Warner said.

Through two games, Florida State hasn’t controlled anything. The Seminoles are surrendering 40 points and 520 yards per game in 2019, including giving up 44 points and 419 yards to Louisiana-Monroe in a 45-44 overtime win in Tallahassee in Week 2.

The Warhawks scored 31 points in the second half and then added a touchdown in their possession in OT, before a missed extra point allowed the ‘Noles to escape.

Maybe playing a guy who can do Bryce Perkins-like things can help FSU this week?

“I don’t think necessarily running quarterback was the issue last week. I guess it helped a little bit. He didn’t run as much as he could have, probably,” FSU coach Willie Taggart said. “I think, again, what’s going to help the issues is being fundamentally sound and doing our jobs and making sure that we have a really solid game plan and stop them.”